Charlie Sheen reportedly hasn't paid his ex-wife Denise Richards a total of $165,000 after failing to pay three months' worth of child support for their daughters Sam and Lola. 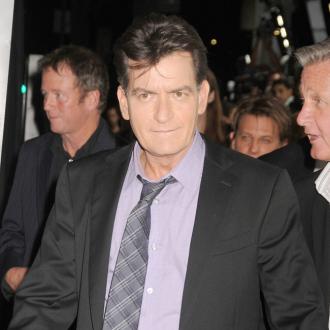 The 'Anger Management' star has failed to pay his ex-wife his monthly maintenance money of $55,000 for their daughters Sam, 10, and Lola, eight, since February.

It was reported last month the 48-year-old star was going to the Los Angeles court to ask the judge to cut the $55,000 he gives Denise each month because he believed the payment was too high considering he hasn't spent much time with his daughters over the past ''several months''.

A source said previously: ''Charlie hasn't spent any time with the girls in several months and thinks it's ridiculous that he continues to pay Denise $55,000.''

The former couple fell out in December after Charlie claimed Denise, 42, deliberately took the children on a vacation over the festive holiday so they couldn't spend Christmas with him.

Charlie also has a grown-up daughter Cassandra from a previous relationship and four-year-old twins Bob and Max with his third wife Brooke Mueller.