Charlie Sheen brands ex-wife, Brook Mueller, an "awful parent" and feels his children are in danger when in her care. 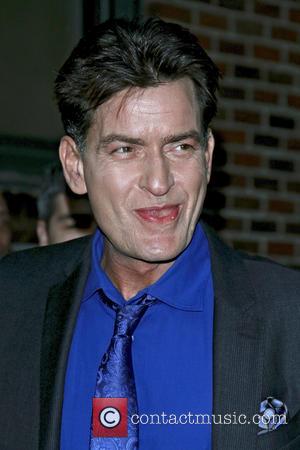 Charlie Sheen has taken aim on his ex-wife Brook Mueller and the U.S child services.

Mueller has had recent struggles with a drug addiction and was involuntarily placed under psychiatric hold following an overdose earlier this year (2013).

The 36 year-old has since left rehab.

These events resulted in her children, 4 year-old twins, to be removed from her LA home and placed in the care of their father's ex-wife, Denise Richards.

But now Mueller is currently attempting to win back custody of the boys and Sheen isn't about to let that happen.

The former 'Two and a Half Men' actor recently rang the gossip website TMZ and called her ex-wife a "dangerous, evil whore" who is putting their children through some "serious damage" after "suffering from physical and emotional" abuse after spending time in Brook's care.

The 48 year-old also told the gossip site that he has tried to contact LA Child Services but they refused to help and Brook is now getting rewarded more custody, which Sheen doesn't understand why.

He finished the phone call by stating "she's as awful a parent and a person as you can possibly draw up."

Sheen's rant was far from over as he took to twitter to air his frustration with America's Department of Child and Family Services (DCFS) and didn't waste the opportunity to slam Mueller again.

The lengthy tweet read "last night was awesome! I went as an officer from DCFS (child protection srvc) because that's about as sane as these inept and retarded doosh bags seem when dealing with my sons bob and max."

He continued, "it's an abhorrent dick dance that has NOTHING to do protecting any child. Instead they are swayed by the evil and pathetic über loser whore that calls herself Brooke, there will be a reckoning, there will be a whirlwind, that they will all reap while desperate begging for my forgiveness. You've all been warned"

Apparently, Brook is trying to sanction him for "allegedly violating the gag orders in the custody and guardianship cases." It is not yet clear what the boys future is but it is never going to be simple when your father is Charlie Sheen.

Mueller is currently seeking custody of thier twin sons

Sheen claims her sons are in danger when with Brook