Who Would Marry Charlie Sheen? Brett Rossi, And Three Others Before Her

Can it be fourth time lucky for Charlie, history doesn't suggest so.

Charlie Sheen is set to walk down the aisle once again after the 48 year old actor announced his engagement to girlfriend Brett Rossi over the weekend, in a bizarrely poetic tweet. But who would marry Charlie Sheen? We take a look at Sheen’s very public romantic history (3 marriages and numerous girlfriends).

Charlie’s first relationship of note was with high school girlfriend Paula Profit, together the young couple  had a daughter Cassandra Jade Estevez. Incidently, Cassandra is now a mother herself, making Charlie the coolest grandfather in Hollywood. Charlie then moved on to actress Kelly Preston, who would become his first fiancee. The future Mrs John Travolta never made it to being the first Mrs Sheen however, when a bizarre accident allegedly ended the union. In 1990 the actress was accidentally shot in the arm, after she reportedly picked up a pair of Charlie’s jeans which had a gun in the pocket that he’d forgotten about. The gun went off, thus giving Kelly the ultimate sign that Charlie might just not be the one.

After Charlie’s first broken engagement he moved away from the more mainstream actress and instead reportedly began dating adult film stars including Ginger Lynn and Heather Hunter. He also was called to testify in the trail of infamous Hollywood madame Heidi Fleiss, where he was found to have spent considerable cash on her services. This revelation didn't stop model Donna Peele taking the leap to becoming the first Mrs Sheen, however the marriage was annulled after only 6 months, leaving Sheen a free man once again.

Sheen continued to make headlines until it all came to a head in 1997 when he was arresting after girlfriend Brittany Ashland filed criminal charges against him for assault. The actor was subsequently sentenced to two years probation and a one-year suspended prison term. He would later violate his parole leading his father, Martin Sheen, to turn him in to the police after which he entered rehab. After this Sheen seemed to begin to turn his life around and in 2001 he started dating actress Denise Richards, who had guested on his show, ‘Spin City’. They married in June 2002 and had two daughters Sam and Lola Rose. Martial bliss didn't last long for wild man Charlie, however and Denise filled for divorce before the birth of Lola in 2005. 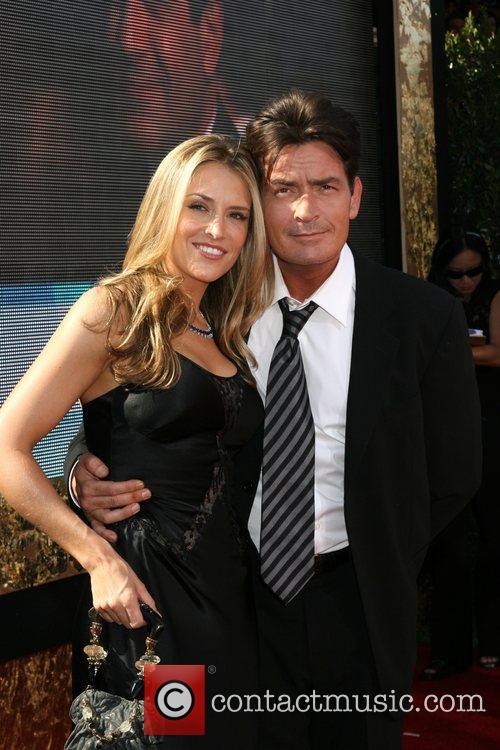 After a lengthly custody battle with Richards which included a restraining order against Sheen, Charlie felt confident enough to walk down the aisle again, this time with real estate investor Brooke Mueller.

The couple had twin sons in 2009 but by 2010 divorce was on the cards with Sheen filing in November. Another lengthy custody battle ensued with much public mud slinging between Sheen and Mueller. Eventually Sheen’s ex-wife Denise Richards would take custody of the twins for a while whilst Mueller went to rehab. Ever the wild man, Sheen was quickly back in the limelight making headlines in 2011 when he was very publicly dismissed from his hit TV show ‘Two and a Half Men’. Subsequent months would see Sheen give bizarre interviews, become Twitter's most read user and move two women into his home. Dubbed his ‘godesses’ pornographic actress Bree Olson and model Natalie Kenly would hang around for a few months living the high life with Sheen. He would then move on to date another adult film star, Georgia Jones. This relationship  lasted for most of 2013 and the actor reportedly moved her into his Hollywood home but by November it seemed the couple were over. 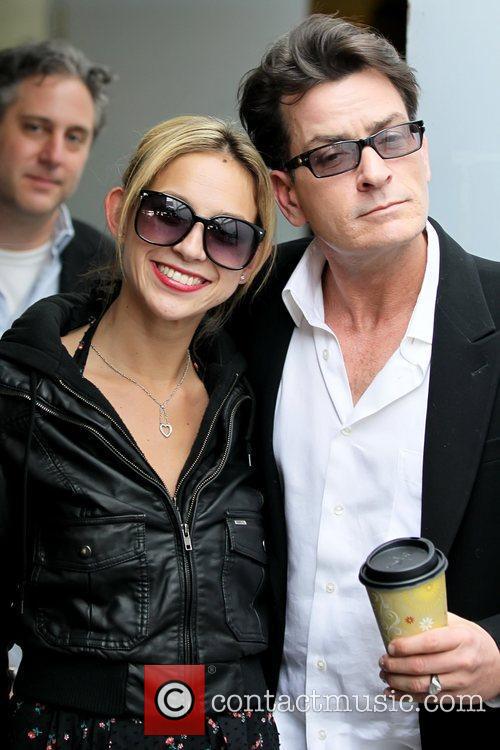