Charlie Sheen: 'Dave Chappelle Cost Me My Two And Half Men Job' 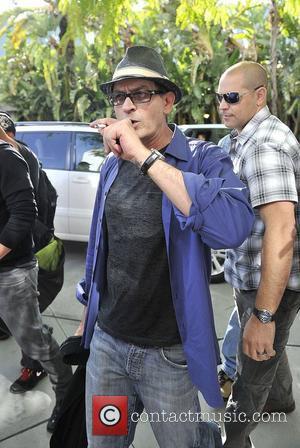 Charlie Sheen has blamed cult comedian Dave Chappelle for the stomach hernia that sparked his 2011 meltdown and cost him his job on sitcom Two And A Half Men.
The hellraiser sparked a feud with sitcom bosses and TV executives after he was hospitalised following an all-night party last year (Jan 11). The spat became a nasty public war of words, which eventually cost Sheen his job on the show.
And only now has the actor revealed the hospital visit that kickstarted the public meltdown had nothing to do with partying too hard, but was due to a hernia injury he suffered while watching a hilarious sketch featuring funnyman Chapelle.
He tells Playboy magazine, "Everybody thought I had OD’d (overdosed) or whatever. No, I had a f**king hernia blow out of my stomach. I called the paramedics, because that’s what you do, right?
"It was because of a Dave Chappelle sketch. Remember the scene where he’s a blind white supremacist who doesn’t know he’s black? It’s f**king hilarious. I’d never seen it, and I laughed myself into a hernia. That is 100 per cent true. It’s his fault. There you go. Dave Chappelle cost me my job."