Charlie Sheen Back On The Booze: "I Don't Believe In Rehab" 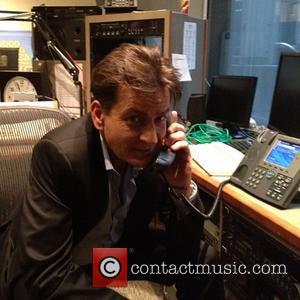 Picture: Charlie Sheen posted this image on Instagram with the caption: Talking live to @ESPN_Colin (Colin Cowheard) on the radio about the 1927 Babe Ruth ring......

Charlie Sheen 's new show 'Anger Management' debuts this week as one of Us Tv's most hotly anticipated new shows. The comedy star suffered a very public breakdown that caused him to leave his previous hit TV show Two and a Half Men and in an interview with Elizabeth Vargas on Good Morning America, he revealed that, despite having been through rehab for addiction problems, he still drinks alcohol and doesn't see why he shouldn't.
The revelations will cast doubt on whether or not Sheen has recovered from his recent problems but of course, the timing of his admission won't do the ratings of his new show any harm. During the interview, Vargas asked if he still took drugs to which he replied "no." But then, when she asked if he drinks, he said "Who doesn't You drink?" Vargas trod carefully, saying "Some people who've been through rehab don't drink." Sheen's response was to say that he doesn't "believe in rehab." He then added "It's not a one size fits all. ... We live in a country where it's always Miller Time. It's happy hour somewhere in the world."
Sheen did however acknowledge that his health concerns during his breakdown were not to be taken lightly. "I'm grateful that we're able to sit here and talk about it rather than you talking about me because I'm not here," he told Vargas. The FX channel, who will host Anger Management on Thursday evening (June 28, 2012) declined to comment.