Charlie Sheen's ex-wife Brooke Mueller ''adores'' his fiancée Brett Rossi and is ''ecstatic'' they're getting married. 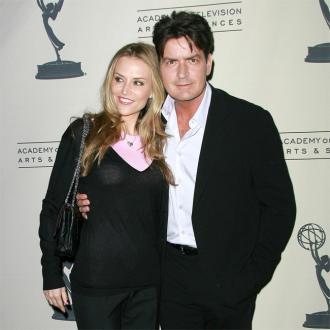 A source told gossip website RadarOnline.com that the 36-year-old socialite, who has been to rehab for cocaine addiction more than 20 times, is ''ecstatic over Charlie's choice for a future wife.''

The insider said: ''She is so happy. Brooke has repeatedly been over to Charlie's house with their sons, Bob and Max, and she and Rossi have truly hit it off.

''Brooke has even chided that Charlie is an amateur compared to her and she would 'pinch hit' for Charlie with Brett in a second if she got the chance.''

The source added: ''Brooke loves the current environment of Rossi's support and the bond all of them are creating while she resides in a house Charlie bought her which just down the street. This is a dream come true for Brooke and the boys since they have Brett and Charlie as neighbours and they are all getting along and truly liking each other.''

Brooke was previously locked in a bitter custody war with Charlie and his second ex-wife Denise Richards.

The 48-year-old actor ''excommunicated'' Denise in December, claiming she wouldn't allow him to see their daughters, Sam, 10, and Lola, eight.

Charlie proposed to his 24-year-old girlfriend on a Valentine's Day trip to Hawaii but their wedding is currently on hold as she is yet to finalise her divorce from her first husband, Jonathan Ross.