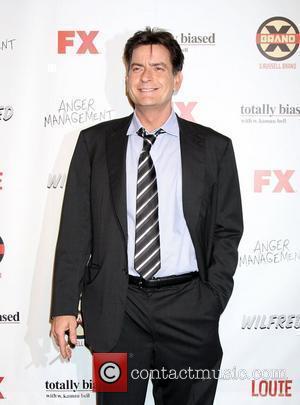 Last night saw the premiere of Charlie Sheen's brand new comedy series Anger Management on FX, and so far critics have reacted indifferently, with the show hardly ticking all the boxes for every critic.
On ratings site Metacritic, the show has so far scored an unimpressive 16 mixed reviews and a further 11 negative reviews, with only 6 positives thus far. The New York Daily News responded positively to the show's first outing, saying that it was it impressed with "a big cast where every piece fits, and at least upfront, the writing and jokes are good." Yet, as already mentioned, the bad has so far out-weighed the good on an almost monumental scale, with perhaps the harshest criticism coming from People Weekly who simply slated it by saying; "For now, it's a mess."
Further criticism has been derived from the lack of originality found within the show, although some have commended the acting talents of Sheen and his female lead Shawnee Smith and the seasoned writers behind the scenes. The show sees Charlie Goodson (Charlie Sheen) an ex-baseball player turned anger management therapist who juggles his clients, his own therapist (played by Selma Blair), ex-wife (SMITH), and a teenage daughter. The ratings are yet to be revealed, though it's not looking good.