Screenwriter famous for 'Being John Malkovich,' 'Adaptation' makes a movie about memory

After comically laying bare his own neuroses in "Adaptation," Charlie Kaufman became something virtually unheard of in Hollywood -- a celebrity screenwriter -- and the prospect of being famous made him a little nervous at the time. But he's getting used to it now that he's served another tour of duty promoting his latest film, "Eternal Sunshine of the Spotless Mind."

When I interviewed Kaufman in 2002 and asked him how he felt about fame and being mistaken for his slightly fictionalized alter-ego played by Nicholas Cage, the lanky, scruffy, quietly friendly eccentric replied, "Uh...I don't know yet. It's something I'm kind of curious about. Ask me in three months."

Well, it's actually 17 months later, and the Charlie Kaufman before me today in a suite at the Ritz-Carlton Hotel in San Francisco is a noticeably more relaxed guy whose laugh comes more easily -- even if it's still accompanied by the same wan smile that makes one hope, for his sake, that all these interviews will be over soon. (It's probably what he's thinking too.)

Today is his lucky day on that count. "This is the last day of the (press) tour," Kaufman says when I ask him how he's holding up. "Chicago, San Francisco, Seattle -- wait, this is San Francisco!"

It's been a long tour.

But Kaufman is in good spirits as he buckles down for this brief, second-to-last interview before he gets to go home. He's even quite happy to go back to the beginning of "Eternal Sunshine," a surreal romance of regret about a miserable guy, played by Jim Carrey, who has any recollection his ex-girlfriend erased from his mind -- only to have a change of heart while inside the symbolic sci-fi procedure. Trapped in a dream state, the character conspires with a lucid memory of the girl (Kate Winslet) to hide her in various corners of his mind in the hopes that when he wakes up some residual thoughts of their relationship -- tumultuous as it was -- will remain.

The film was directed by Michel Gondry, who also helmed Kaufman's "Human Nature," but is more famous for his Bjork, White Stripes and Chemical Bros. music videos.

A: The nugget that it started with was that a friend of Michel's, who is an artist, had an idea to send people cards saying that someone has been erased from their memory and not to call this person anymore. It was sort of a conceptual art thing. Michel came to me and we started talking about it as a story idea. We came up with the relationship story and the story of this guy who finds out his girlfriend has erased him, and he decides to have the procedure (himself). So we pitched it, and we sold it.

A: It was a panicky three years.

A: It was a long moment. It was. It was really hard. It was a really easy pitch because it was exciting to people and because there was something kind of cool about the notion of a new way to tell a romantic love thing, or whatever they thought it was. And then there's the logic of it and how to portray the memory erasing sequences so that they made some kind of continuous sense for the character from moment to moment. All that stuff, and then obviously coming up with the characters and their relationship to each other.

A: Well, you know, what happened was that I sold this thing right after I got a job writing the script that was to become "Adaptation," and I had to do that first. That was it's own kind of bear for me, so I couldn't even write this thing for a while. Michel wanted to direct "Human Nature," so we went on to that, and I was writing "Adaptation" while trying to think about this story too, and helping with "Human Nature," and finishing up "Malkovich" -- it was all sort of happening at the same time. It was, um, unpleasant. It was an unpleasant bunch of years for me. [There's that wan smile.]

A: Well, I mean, yeah. You sort of hit the nail on the head in the way movies about romances are almost always about people and their obstacles in meeting. Once they meet, everything, it's assumed, is going to be great. Of course, in real life we know that...nothing's ever great.

A: [Laughs too, but not entirely as if he was kidding.] So, you know, I feel really kind of hurt by those movies. Growing up I felt they hurt me because I then had expectations of the world that I was never able to realize. So when I write characters and situations and relationships, I try to sort of utilize what I know about the world, limited as it is, and what I hear from my friends and see with my relatives. It's all kind of very different from those movies, so it's important to me to try to show that. 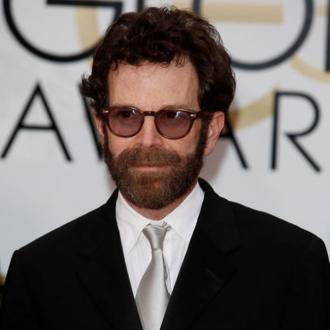 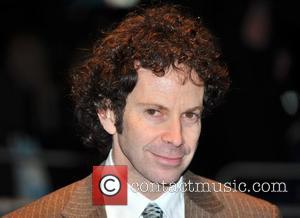