UPDATE: British pop star Rita Ora has been cast as the adopted sister of Christian Grey, who will now be played by Irish actor Jamie Dornan.

Unless you've been living under a rock over the past few days, you'll know that Charlie Hunnam - the actor who beat the likes of Matt Bomer and Ian Somerhalder to the lead role of Christian Grey - dropped out of the movie citing scheduling conflicts. 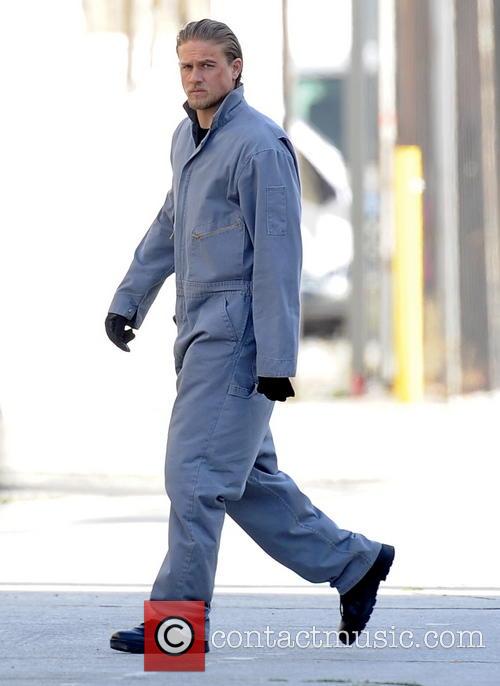 It seems a dodgy reason, given both he and his agent will have known exactly when Sons of Anarchy was due to film. Various sources claimed Hunnam has gotten cold feet owing to the intense amount of interest in the movie, which is expected to include explicit sex scenes.

The 50 Shades of Grey cast looked even less stable when reports in the U.S. suggested Dakota Johnson too was unhappy with the way the movie was materializing. The relatively reliable Marc Malkin of E! Online quoted a source as saying, "Dakota is having a very hard time dealing with all the press. When she first got the role, it was way too much for her." The source said that Johnson - probably best known for her small role in The Social Network - went from being a virtual unknown to someone "everyone wants a piece of." A representative for the actress declined to comment.

We said it when she was announced, but Kelly Marcel was an extremely strange choice of screenwriter for the this project and Universal appeared to hint that all was not well in the script department when hiring Oscar nominated scribe Patrick Marber to polish the character work on the script.

However, much of the producers efforts to save the move lies in casting the right actor to play Christian Grey. Whoever gets the role is going to be one selling this thing and after already losing out on the their first choice - Garrett Hedlund - and second - Charlie Hunnam (not to mention anyone else who turned down the role) the producers need to nail it.

Most of the talk at the moment is focusing on Matt Bomer, who is believed to have been disappointed to miss out on the role when Hunnam landed it. Sure, he's a credible choice though it's hardly a marquee signing - which is what the 50 Shades of Grey movie needs to inject some energy back into the project.

Robert Pattinson is probably the dream choice for Universal, though he's been doing serious stuff since Twilight. Ian Somerhalder is probably begging for the role, while Alex Pettyfer has remained suspiciously quiet throughout. Irish actor Cillian Murphy is the most interesting candidate. He's the bookies second favorite and possesses just the right balance of piercing good looks and...well.weirdness.

Who do you think should join the 50 Shades of Grey cast as Mr Christian Grey? Should Dakota Johnson stick it out? Will the movie turn out to be any good?

Who would be your Christian Grey?