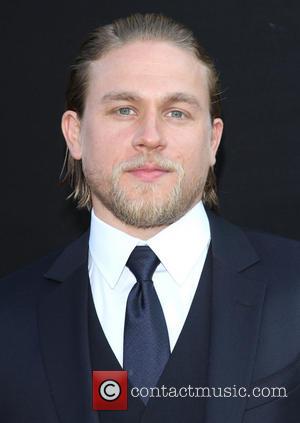 Further details regarding the departure of Charlie Hunnam from the 50 Shades of Grey movie cast are beginning to come to light, all but confirming that scheduling conflicts played no part in the British actor's decision to quit his role as Christian Grey,

The studio is reeling with less than three weeks before the start of production, though the real reasons for the mess it's in appear to be filtering out.

According to the Hollywood Reporter, Hunnam was getting paid just $125,000 for the movie - way less than other movie stars in potential franchise films and probably less than 10% the amount Ryan Gosling and Garrett Hedlund would have been paid should they reacted to Universal's overtures.

Additionally, Hunnam began butting heads with the creative team - including the director - and things reached fever pitch in October. His team at CAA and Brillstein Entertainment Partners strongly advised him to stay on the project for fear that his departure with embarrass Donna Langley - who is new to the job.

On that same day, the studio hired Patrick Marber to polish the characters in the script, though by then, Hunnam had already decided to pull out.

Despite rumors on the contrary, the Hollywood Reporter confirms that leading lady Johnson, 24, is firmly in place to play Anastasia Steele and will not be dropping out of the project.

Universal remains committed to releasing the 50 Shades of Grey movie on August 1, 2014.