The final episode ends with a whimper not a bang 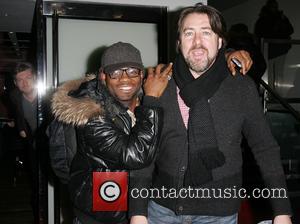 The final of Charlie Brooker’s trilogy Black Mirror aired last night on Channel 4, although unlike the wave of praise that came in for the previous two episodes, there was a generally more negative reaction to the latest, The Waldo Moment.

Each episode has been unconnected to the previous one, with standalone stories revolving around an unrelated cast of characters. The final episode saw what was essentially a cartoon character run for political office, but it gained a mix reaction on Twitter and among critics. “The message that we may complain about our politicians but they’re all we’ve got scored a bleak bulls-eye” wrote the Daily Telegraph, though they also commented “the end … descended into a hammy dystopian vision of Waldo becoming a means of universal mind control.” The Independent’s Neela Debnath addressed all three episodes and said of The Waldo Moment, “It is perhaps the weakest of the three in some ways because it is not as hard-hitting as the first two. It still has elements of brilliance but it’s almost as if Brooker ran out of steam.”

Twitter wasn’t impressed either. @trouse11 commented “Was anyone else left very disappointed by last night’s #blackmirror? Great potential, but clumsy and obvious satire,” while @ross_ferguson said “Black Mirror last night wasn’t as good as the other two in this series. episode two bent me over and made me breakfast though.” It’s not known yet whether Brooker will return for a third series.