In a unique throwback to the tradition of telling horror stories on Christmas Eve, a new Christmas special of Black Mirror has been announced.

Black Mirror, the television mini-series from UK Channel 4, is set for a feature length Christmas special this year. Previously taking the form of three one-hour episodes per season, this year the show will be broadcast as a one-off anthology, following three different, intertwining stories for the festive feature. 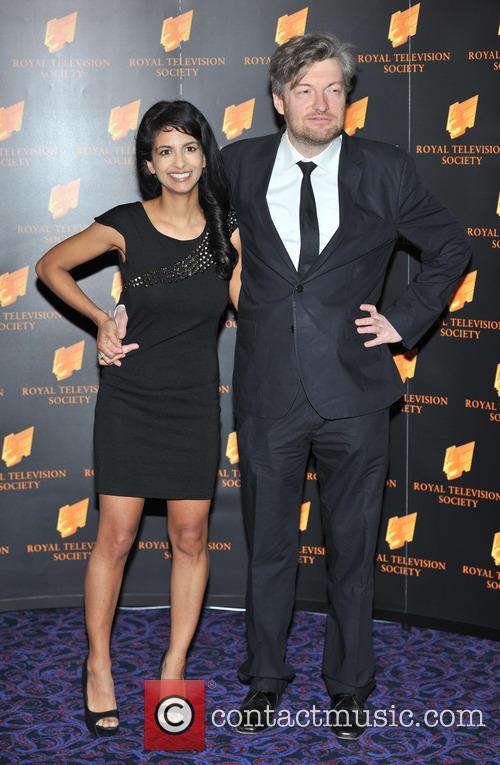 The show debuted in December, 2011, with a shocking, satirical political thriller involving the British Prime Minister being blackmailed into having sex with a pig in return for the safe return of a kidnapped princess. The episode set the tone for the following series - a biting attack on state of society and the media, shown through the veil of a dystopian world.

More: Black Mirror: How Britain (And Hollywood) Fell In Love With Charlie Brooker

The first series received rave reviews and went on to become one of the most watched foreign shows in China. A second season was released in December 2013, and was once again lauded as darkly twisted, leading to creator and writer Charlie Brooker being labelled a genius by many.

According to the Radio Times, Brooker said: "I always enjoy a good ghost story at Christmas, and I'm a sucker for the Amicus' compendium horror movies of the 70s. Our aim is to create the Black Mirror equivalent of that."

Brooker's latest venture has not received a casting announcement at time of writing, although it seems at least partly underway as Channel 4's head of comedy, Phil Clarke, stated: "I'm delighted that we have a Black Mirror Special this Christmas. Charlie Brooker has penned a dystopian future festive tale, that intertwines three stories to deliver a dramatic and thrilling twist. It's satirical, comic, disturbing, and thought provoking. Not to be missed."

We'll have to wait and see if this latest adventure into the peculiar mind of Charlie Brooker works as a stand-alone anthology, or if the series format that made the show (and Brooker's 'Dead Set') successful will be missed. And whether there's any additional animal cruelty.