Charli XCX wowed the crowd with a hit packed set at Bestival. 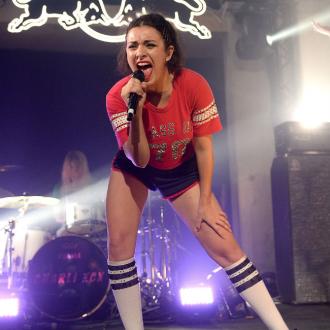 The 23-year-old singer took to the main stage at the annual music festival at the Isle of Wight's Robin Hill Country Park to perform a crowd pleasing set of her numerous songs.

The brunette beauty showed off her curvaceous figure in a tight red crop top and shorts as she sang 'Boom Clap', 'Break the Rules' and 'Famous'.

Other artists to perform on Friday included Lianne La Havas, FKA Twigs,Tame Impala and Duran Duran while The Chemical Brothers, Annie Mac, Future Islands, Missy Elliot and Skrillex will take to the stage over the weekend.

Meanwhile, Charli's performance came after she pulled a tampon out of her shorts and threw it into the crowd at a gig in London last week.

At the concert at Red Bull Studios Future Underground she was also showered with several of the feminine hygiene products.

Charli previously revealed she wished to launch her own range but was stopped from doing so because of health and safety issues.

She explained: ''I really wanted to make tampon merchandise. That was a dream of mine for a really long time - to have tampons that say 'Sucker' on the side and 'Pussy Power' on the box. But it's a health issue if someone's going to put it in their vagina.''

Charli XCX' stormed out' of label meeting over 'authenticity' row

Charli XCX teases her next album will be 'poptastic'