Pop star Charli XCX says fans of her Boohoo range will feel like they'r ''raiding'' their mothers' wardrobes from the 90s. 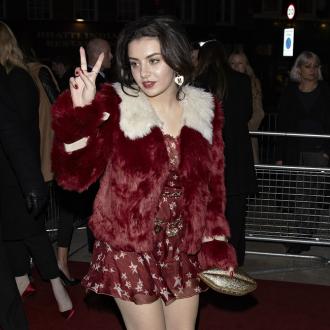 The 'Boom Clap' hitmaker has collaborated with online retailer Boohoo on a new collection, which she says is for those who want to ''play dress-up'' and have fun.

She told LOOK magazine ''It's very 90s-inspired - there are some schoolgirl elements to it but also a sassy, sexy side.

''It's for those who like to play dress-up and just have fun.

''Like I say, it's very 90s and sassy but there are different ways to wear it - you can be dressy or wear the bomber jackets for something more laid back.

''I want the girl to feel like she's raiding her mum's wardrobe.''

Though bits of the collection were influenced by her own wardrobe, Chari's main inspiration came from her favourite 1990s films.

She said: ''A lot of it was influenced by 90s movie characters - Cher Horowitz from 'Clueless', the girls in 'Jawbreaker' and 'The Craft'.

''Although there is a really cool animal-print piece, which I guess you could say is inspired by one of my favourite red carpet outfits - the yellow tiger-print Moschino jumpsuit that I wore to the VMAs in 2014.''