Charli XCX says she doesn't want to be a typical role model and is showing her fans that they don't have to be perfect. 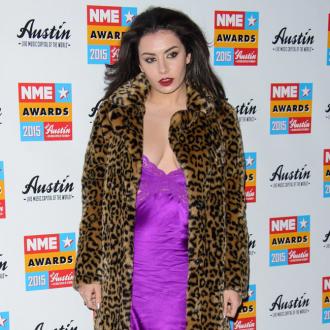 The 23-year-old singer says she doesn't want to be a typical role model and is showing her fans that they don't have to be perfect.

She told the Evening Standard: ''The idea of role models is changing. In the classic sense of role model I maybe wasn't very good but I think now it's all become a bit more open-minded and way less 1950s, which is great. I also don't really care, I'm just trying to be myself.

''I like sweating, being gross, partying, whatever. I'm definitely not here to be perfect.''

Charli also insisted that there is less pressure on women to be flawless these days.

She said: ''I think things have really changed a lot recently and I guess I'm a part of that wave for sure. But a lot of women in the public eye are part of that wave and I think it's tipped now that women can do what they feel without as much pressures as before and that's great.''

While Charli is good friends with fellow singer Rita Ora, who she recorded the song 'Doing It' with, she insisted that she has no plans to follow in her footsteps and become an 'X Factor' judge.

She said: ''I'm probably too much of a wildcard for them. I would probably say something awful in seconds. I haven't watched it yet but knowing Rita Ora I think she's going to be amazing.''