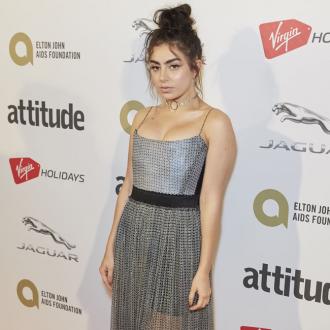 Charli XCX has blasted the Recording Academy president's defence of the lack of female representation at the Grammys.

The chart-topping star took to Twitter to vent her anger against Neil Portnow, who previously spoke to Variety about the relative lack of female nominees.

He explained: ''It has to begin with ... women who have the creativity in their hearts and souls, who want to be musicians, who want to be engineers, producers, and want to be part of the industry on the executive level.

''(They need) to step up because I think they would be welcome.''

But his comments sparked the fury of some of the industry's biggest names, including Charli, who discussed the issue on the micro-blogging website.

Pink was another of the big-name acts who addressed the issue.

She said: ''Women in music don't need to 'step up'. Women have been stepping since the beginning of time (sic). Stepping up, and also stepping aside. Women OWNED music this year. They've been KILLING IT. And every year before this. (sic)''

The singer-songwriter stressed the importance of creating strong female role models that young women can aspire to emulate.

She shared: ''When we celebrate and honour the talent and accomplishments of women, and how much women STEP UP every year, against all odds, we show the next generation of women and girls and boys and men what it means to be equal, and what it looks like to be fair. (sic)''