A study by neuroscientists three years ago suggested fourteen was the most likely age to indulge in dangerous activities and behaviours. Which maybe provides an adequate explanation as to the existence of '14', Charli XCX's debut album released five years ago at the aforementioned age which even she herself has since disowned for being little more than a collection of gimmicky dance tracks and terrible MySpace music. However, rather than look back on that experience as a shameful attempt at teenage rebellion, Charlotte Aitchison (for that is her real name) has used the ensuing period to hone her skills as a songwriter and arranger. While entirely a single entity, Aitchison has employed a veritable mix of co-writers, mixers and producers including Vampire Weekend cohort Ariel Rechtshaid, French DJ-cum-studio boffin Dimitri Tikovoi whose credits include The Horrors 'Strange House' and American rapper Brooke Candy. What this means is 'True Romance' encompasses all angles of the pop spectrum across its thirteen pieces, following on from last year's couplet of EPs and mixtapes respectively. 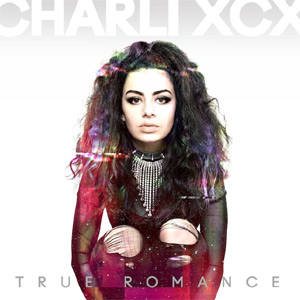 Indeed, before anyone dismisses her as another pop puppet off the production line conveyor belt, let's not forget her biggest success story to date was actually as a songwriter. Icona Pop's worldwide hit 'I Love It' being penned by Ms Aitchison herself, suggesting she's anything but a flash in the pan with so much more to offer in the future. With 'True Romance', her long-awaited follow-up to '14', she's justified its lengthy creation process; Aitchison first started making the record in 2010. Transgressing boundaries, combining hard hitting beats with choruses to die for and a saccharine encrusted sheen far more engaging than the majority of her peers, 'True Romance' stands aloft as arguably the finest collection of pop songs released by a UK artist so far this year.

Sure, some of the lyrical asides might be a little too sickly for comfort. Take the Lily Allen-meets-Katy B schtick of 'You (Ha Ha Ha)' for example, all youthful exuberance and bravado down to its "'Cause we used to be the cool kids, you were old school, I was on the new s***" refrain. However, there's more than enough here to satisfy one's craving for something edgy yet dynamic in execution. Opener 'Nuclear Seasons' sounds like a continuation of Marina And The Diamonds fun loving persona circa 'Hollywood' while the bouncy 'Grins', Aitchison insisting "I wanna scream and shout!" over a heavily orchestrated concoction of beats and breaks, being the pick of 'True Romance''s thirteen numbers. 'Cloud Aura', which features the Nicki Minaj-alike verses of Brooke Candy goes for the jugular as does 'Black Roses' - think mid-1980s synth pop meets EDM with a drum sound eerily reminiscent of Soft Cell's 'Tainted Love'.

Elsewhere, 'So Far Away', which samples excerpts from and partially rewrites Todd Rundgren's ' A Dream Goes On Forever' evidently proves Aitchison is more than capable of laconic bitchpop while 'You're The One' edges its way breathily into 'Like A Prayer' era Madonna territory. Overall, 'True Romance' is everything those crying out for a true UK pop icon hoped it would be, and while it would be unfair and slightly premature to compare Charli XCX with the revered likes of Lady Gaga and Katy Perry just yet, the potential is there on the cusp of realisation. 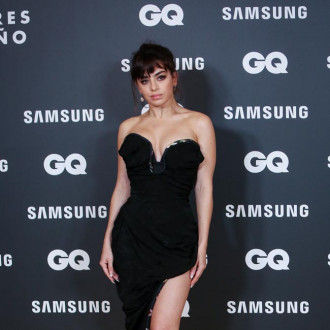