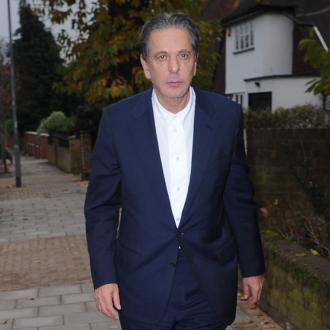 Charles Saatchi is ''broken hearted'' to have lost Nigella Lawson.

The art dealer told of his devastation while giving evidence in court today (29.11.13) in the case of sisters Francesca and Elisbabetta Grillo, former assistants to Nigella, who stand accused of spending £685,000 on his company credit card for their own personal expenses.

Nigella split from Charles earlier this year after he was pictured with his hands around her throat while they dined at an upmarket London restaurant and they divorced in July.

Speaking at the trial this afternoon, Charles said: ''I am divorced.

''I am utterly heartbroken at having lost Nigella and wish this last year had never happened.

''So if you think this process is giving me any pleasure - I hate it.

Lawyers defending the Grillo sisters have claimed Nigella abused drugs including cocaine and marijuana for the decade they worked for the TV chef, but despite an email written by Charles to Nigella speculating she was ''so off your head on drugs you allowed the sisters to spend whatever they liked'' he said today he had no evidence of Nigella ever using illegal drugs.

When asked about the email in court, Charles said he was ''very upset'' when he wrote it and called it ''nasty,'' adding: ''It was hearsay. I personally have absolutely no knowledge that Nigella has ever taken a drug ever.

The trial has now been adjourned until next Wednesday (04.12.13) when Nigella will give evidence.