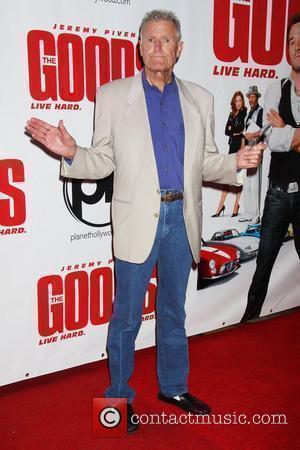 Veteran actor Charles Napier has died at the age of 75.
The Blues Brothers star passed away on Wednesday (05Oct11) at Bakersfield Memorial Hospital in Bakersfield, California.
His death came 24 hours after he was found collapsed at his home and transferred to the medical facility, where he was put on life support in the intensive care unit, according to the Hollywood Reporter.
His cause of death was not known as WENN went to press.
Napier began his career in the U.S. army before moving to Los Angeles in the 1960s to work as a substitute teacher. He reportedly became friends with Hollywood star Jack Nicholson, who helped him find work as an actor.
He enjoyed roles in TV hits such as Mission: Impossible, Star Trek, Kojak and The Rockford Files, before finding fame as Tucker MCElroy in 1980 movie The Blues Brothers with John Belushi and Dan Aykroyd.
Napier's other movie credits include Philadelphia, Silence of the Lambs, Rambo: First Blood Part II, The Cable Guy and Austin Powers: International Man of Mystery.