Actor and comedian Charles Fleischer (Zodiac; Who Framed Roger Rabbit?; A Nightmare On Elm Street) is just one of the many celebrities who attended the screening of 'Born Villains', a short film directed by Transformer's star Shia LeBeouf promoting the upcoming Marilyn Manson album of the same name.

The 'Roger Rabbit' star jokes with the photographers before revealing to them that Elvis Presley had a stillborn twin, called Jesse, to the photographers' amazement. Charles Fleischer has also had bit parts in other movies, such as 'Back to the Future Part II' and 'The Polar Express' 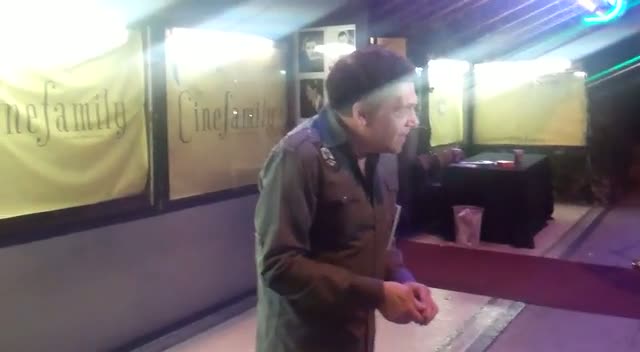 Charles Fleischer: 'Elvis Had A Twin'?