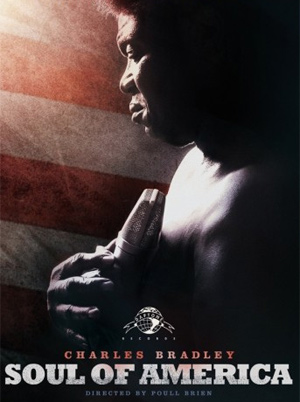 Soul singer Charles Bradley will continue to bring the "artistry, gratitude and boundless enthusiasm (Village Voice)" on display during his live shows to stages thoughout 2013, in support of his latest album Victim of Love (Dunham/Daptone). In addition to his previously announced late-summer tour stops includingLollapalooza, FYF Fest, Bumbershoot and a headline show at Williamsburg Park in Brooklyn, "The Screaming Eagle of Soul" just announced December North American dates.

By now, Bradley's remarkable, against-all-odds rise has been well documented: how he transcended a bleak life on the streets and struggled through a series of ill-fitting jobs before finally being discovered by Daptone's Gabriel Roth. The documentary Charles Bradley: Soul of America, directed by Poull Brien, follows Bradley's extraordinary journey during the electrifying and transformative months leading up to the release ofNo Time for Dreaming.  The film premiered at SXSW 2012 and will be screened at select theaters across the country in coming months (current screenings listed below). The film will also be available to purchase on DVD August 6 via the Daptone store (pre-orders available now) as well as digitally via iTunes starting July 16.

The year following the release of No Time For Dreaming was one triumph after another: a stunning performance at South By Southwest; similarly-gripping appearances at Bonnaroo, Austin City Limits, Newport Folk Festival and Outside Lands (to name just a few); television performances including The Tonight Show with Jay Leno and Last Call with Carson Daily, and spots on Year-End Best Lists from Rolling Stone, SPIN, GQ, Paste and more. Victim of Love sees Bradley emerging from his past heartaches stronger and more confident, overflowing with love to share.