Channing Tatum and his troupe of oiled up, dancing beefcakes have hit the road this summer for Magic Mike XXL, the sequel to the highly successful 2012 film which followed a group of male strippers in Florida. But while the first film showed a surprising amount of heart, the XXL version seems to be more intent on just showing skin, leaving some reviewers feeling more than a little cheated. 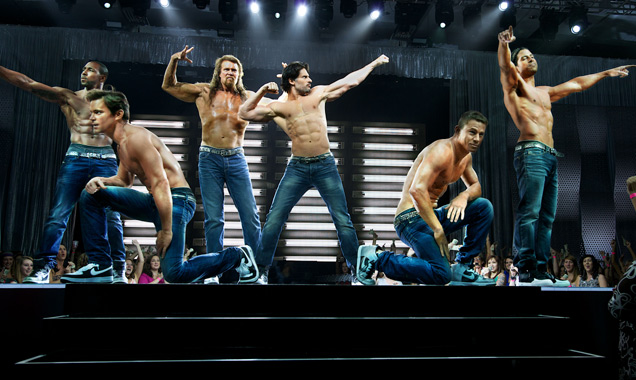 The boys of Magic Mike XXL

Star Channing Tatum, who based the original film on his own experiences as an 18 year old stripper in Florida, has come along way in the short period of time since Magic Mike. Last year he impressed critics in Oscar nominated drama Foxcatcher, so it’s no surprise that some were expecting a lot from Tatum in his second Magic Mike outing.

Sadly it seems the material just wasn't there for the actor to really show his star power. ‘Tatum has little chance to show off the comic talent he displayed in 21 and 22 Jump Street or to go deep into character as he did in Foxcatcher,’ writes The Independent’s Geoffrey MacNab. ‘He and his buffed up friends in the Kings Of Tampa troupe are there as the eye candy for the female audiences.’

But while Tatum and the rest of the boys may be eye candy to some, not everyone has a sweet tooth for them. ‘Watching it was like opening the wrong gift,’ writes Rebecca Keegan in the Los Angeles Times. ‘That’s not my size, and I don't like blue, but thank you, Warner Bros., for even bothering to shop for me. Most of the other studios forgot my birthday.

Others were less forgiving. The San Francisco Chronicle’s Mick LaSalle writes that Magic Mike XXL, ‘goes beyond disappointment into a sublime realm of embarrassment that's beyond and yet better than merely bad, because it fascinates: What on Earth were they thinking?’

But really Magic Mike XXL is just a whole lot of fun that it doesn't bother to take itself too seriously, so you shouldn't either. As The Telegraph’s Tim Robey puts it, Magic Mike XXL ‘may be either the gayest straight film ever made, or the straightest gay one. And it doesn't care either way.’ Magic Mike XXL hits US theatres on July 1st, you can check out the trailer below.