According to a report, some 96 percent of the audience for the opening week of 'Magic Mike XXL' was female. 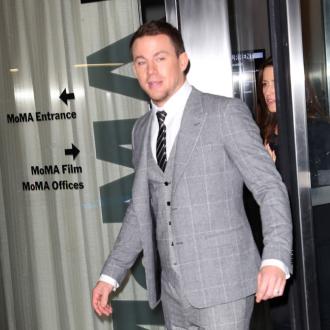 The audience for the opening week of 'Magic Mike XXL' was almost exclusively female.

The Gregory Jacobs-directed movie - starring Channing Tatum, Matt Bomer, and Joe Manganiello - about male strippers has entered the US box office charts at the number four position, with the Hollywood Reporter claiming that the sequel played almost entirely to females.

Some 96 percent of the movie's audience was reportedly comprised of females, as compared to 73 percent female for the first film, with the sequel making $12 million on its opening weekend.

Meanwhile, Channing recently admitted he had his body hair groomed to a ''high level'' for 'Magic Mike XXL', explaining he didn't want fans witnessing a ''jungle'' around his groin during the scenes where he stripped down to his undergarments.

He said: ''The grooming is on a high level, because you don't want a jungle down there, overflowing the posing pouch.''

He said: ''For the first film, I bought a body-grooming thing and did it myself.