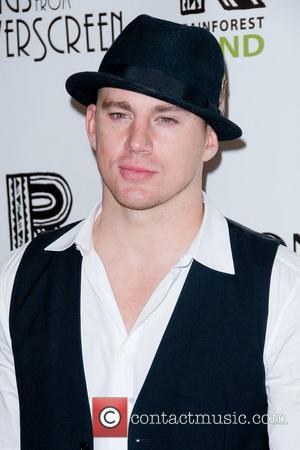 Channing Tatum 's new drama about a stripper will get its world premiere at the Los Angeles Film Festival this year, CNN reports. The Steven Soderbergh -produced movie 'Magic Mike' also stars Matthew Mcconaughey and Matt Bomer and will debut at the festival, which runs between June 14th and June 24th at the LA Live complex, in downtown Los Angeles.
'Magic Mike' was conceived on the set of Haywire, when Tatum revealed to Soderbergh that he used to be a stripper, back in Florida. Soderbergh got the wheels in motion for the movie, which was scripted by Reid Carolin. Tatum plays the role of a successful stripper who also wants to carve a career for himself as a furniture designer. His commitment to a life of stripping for money is challenged when he meets Paige (played by Cody Horn) and falls for her. Matthew Mcconaughey also stars in the movie as a former stripper, turned nightclub owner.
The Los Angeles Film Festival is now in its 18th year. The rest of the line-up has also been revealed, with Woody Allen's ensemble comedy 'To Rome With Love' making a North American premiere. Also getting its world premiere is Seeking a Friend For the End of the World,' the apocalyptic comedy featuring Steve Carell and Keira Knightley. Chris Pine and Elizabeth Banks' new drama 'People Like Us' will be getting a world premiere and the festival also features successes from the Sundance Festival, such as 'Beasts of the Southern Wild' 'Celeste and Jesse Forever.'