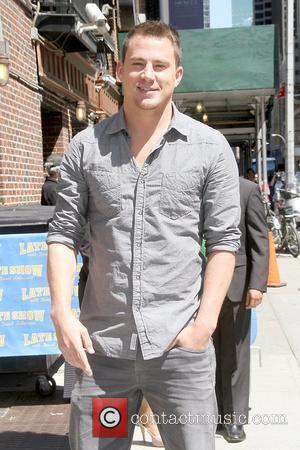 Channing Tatum's stripper movie Magic Mike is set to become a Broadway musical. Tatum has revealed to the Daily Star that it was his co-star Matt Bomer who was responsible for the idea of taking the movie to the stage. "Matt started singing some of the songs while he was onstage (in the film), and he was like, 'This would kill as a musical.' That cemented it for me," explains Channing.

Magic Mike is a move loosely based on Tatum's own past, when he was working as a stripper, before he cracked Hollywood and became one of the movie world's best known actors. Steven Soderbergh helped him to transform his story into a movie and is now on board to help out with converting Magic Mike into a stage musical. He'll be helped out by the screenwriter and producer Reid Carolin, who told Entertainment Weekly "We want it to be a place where women can scream at the dancers and throw money." Presumably, they will also be asked to cough up the conventional ticket fee, before they are given a chance to throw their spare cash at the actors on stage. As for Tatum joining the project, he doesn't seem so sure. "I'd need a lot of singing lessons" he explained.

The success of Magic Mike has been marred somewhat by rumors of a feud between Channing Tatum and his co-star Alex Pettyfer. Their on-set arguments were reportedly so bad that it prevented them from doing any promotional interviews together once the movie had been finished.