Channing Tatum is to star in and produce a biopic of legendary stunt rider Evel Knievel. 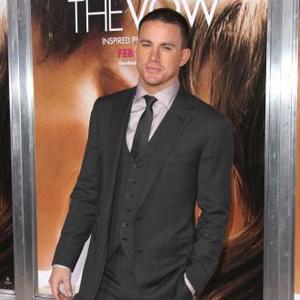 Channing Tatum is to play Evel Knievel in a new biopic.

The 'Magic Mike' actor is in talks to portray the daredevil stunt rider in a film he would also produce with his Iron Horse Entertainment partner Reid Carolin, who will also write the screenplay.

'The Social Network' producers Mike DeLuca and Dana Brunetti - who have just signed up to work on the 'Fifty Shades of Grey' adaptation - are also on board the project, which is being made for Columbia Pictures.

This isn't the first time the stuntman - whose real name was Robert Craig Knievel - has been depicted on film.

In 2004, director McG was said to be considering work on a biopic called 'Pure Evel' but it stalled in development.

Channing's movie will be basked on Stuart Barker's 2008 book 'Life of Evel'.

The actor can currently be seen in 'Magic Mike' and will next start shooting 'Foxcatcher', which is based on the life of Olympic wrestler Mark Schultz.