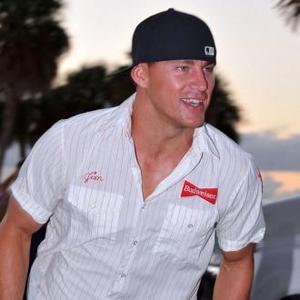 Channing Tatum thinks his kiss with Rachel McAdams in 'The Vow' was as good as hers with Ryan's Gosling in 'The Notebook'.

The 32-year-old actor is up for the Best Kiss accolade at the Mtv Movie Awards on Sunday (03.06.12) but isn't confident his smooch in the film is of the same calibre that his 31-year-old rival brought to the romantic scenes.

Ryan and Rachel, 33, won in the same category in 2005 and recreated their lip lock on stage while accepting the award.

He told MTV News: ''Aww, that's not fair. They have rain. That's completely not fair. Everything's cooler in The Rain.''

Ryan is up for the prize again at this year's event for his embrace with Emma Stone in 'Crazy, Stupid, Love'.

However Channing thinks neither men will walk home with the trophy.

Speaking about on and off screen couple Kristen Stewart and Robert Pattinson who play Bella Swan and Edward Cullen in 'The Twilight Saga: Breaking Dawn - Part 2' he predicted they would win for the fourth time.

He said: ''It doesn't matter. The 'Twilight' kids always sweep it. They sweep it every time.''