Channing Tatum: Nothing Will Be 'Worse' Than Real-life Stripping

Channing Tatum doesn't think anything in his life will ever be as embarrassing as when he was a stripper, and he is glad that he never has to worry about dreaming of being naked in front of strangers. 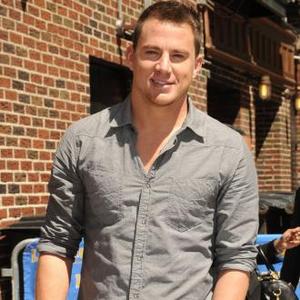 Channing Tatum doesn't think anything in his life will ever be as embarrassing as when he was a stripper.

The 32-year-old star plays stripper Michael Lane in his latest comedy movie 'Magic Mike' - which is based on the actor's own experiences when he was 19 and short of cash - and he doesn't expect to experience anything ''worse'' than when he was regularly taking his clothes off in front of strangers.

Speaking at the European Premiere of 'Magic Mike' at London's Mayfair Hotel earlier tonight (10.07.12), he told BANG Showbiz: ''You know that horrible dream that everyone talks about, being naked in front of everybody? I've sort of done that in my real life so I guess it'll never get as worse as that.''

While Channing admits he was ''embarrassed'' baring all during filming, he would much rather play a stripper than do a nude scene in his movies.

He added: ''Stripping is like with a wink and a laugh at the audience, but with nude scenes you're probably taking it a little serious, so I'd much rather be naked but it be funny then do it unintentionally.

''Anytime you've got to walk out on stage in a thong, it's pretty damn embarrassing! It doesn't matter if it's warm or cold in the room or not, you're still exposed for the masses!''

Channing was joined at the premiere by his wife Jenna Dewan and co-star Matthew Mcconaughey, who was with his spouse Camila Alves after they tied the knot last month, and the Brazilian-born model sported a leopard-print mini dress which cleared showed off her baby bump.