Channing Tatum thinks the marketing for 'Magic Mike' was ''genius'' but insists it didn't really portray the seriousness of the drama. 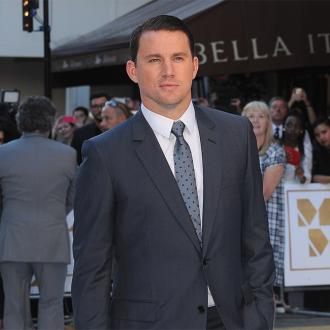 Channing Tatum thinks the marketing for 'Magic Mike' was ''genius''.

The 35-year-old actor - who produced and acted in the film about male stripping and its sequel 'Magic Mike XXL' - has admitted the 2012 film and the adverts - which made the serious drama look like the perfect film for a girl's night out - had a ''disconnect''.

Channing said: ''You can't blame them; it was a genius move. But there is a disconnect there. They sell what will work, not what the truth of the movie is. I actually think the second movie is more like what people though the first movie was.

''I mean, look, male stripping is lame. It's still cop routines and fireman routines. And it hasn't changed since it began.''

However, the '22 Jump Street' star - who based the film on his own life, having been a stripper in his youth - also admitted that 'Magic Mike' has had an unintended effect on his life when it comes to female fans.

Speaking to GQ magazine, Channing said: ''Women will come up to me and say, you know, no offence, but I would love to do you. You know: I would do whatever you wanted me to do. And I'm like, that is offensive! You do mean offence! I'm not an amusement park!''