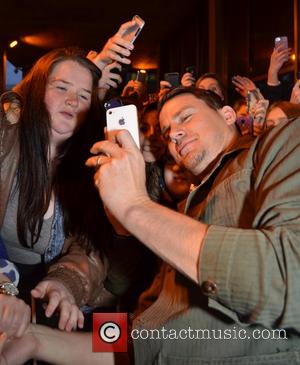 Actor Channing Tatum has denied reports he has officially signed on to play Gambit in a new X-Men film.

The Magic Mike star hit headlines earlier this month (May14) when X-Men producer Lauren Shuler Donner appeared to reveal the 34 year old was on board to portray Remy LeBeau and his alter-ego on the big screen.

Tatum admits the deal is close, it is not official yet.

He tells The Hollywood Reporter, "I hope to be joining - everything's not done yet. I've obviously been in talks, and we're on the one yard line. I'm always afraid of being like, 'Yes it's totally happening,' and then it doesn't happen. I'm dying to do it."

If the deal comes together it will be a dream come true for Tatum, who has dreamed of portraying his favourite comic book hero for years.