He really does 'let it go'.

He might be known for his manly roles and ripped physique, but even Channing Tatum has a delicate side; something that he unveils to the world all too publicly with his transformation into Elsa from 'Frozen' in an upcoming episode of 'Lip Sync Battle'. We bet wife Jenna never thought she'd see that. 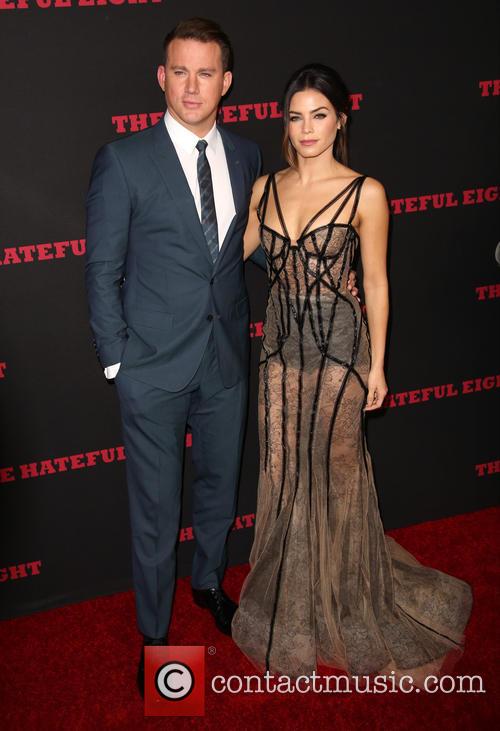 From Magic Mike to Enchanting Elsa, Channing Tatum does perhaps the best lip sync of 'Let It Go' from the popular 2013 Disney movie ever in Spike's 'Lip Sync Battle'. With a snowy backdrop featuring an ice castle, Tatum is seen emerging in a blue princess dress and blonde wig (alas, the shoes aren't ultra feminine) before performing an energetic dance routine while men in snowflake headpieces and bodysuits frolic around him. It's pretty impressive if extremely eccentric - remember Tatum's a professional dancer.

Co-host LL Cool J looks just as shocked as Channing's wife Jenna Dewan-Tatum who, according to the episode preview, is up against him in this first episode of the show's second season. We're guessing that Channing's number one fan of this performance is daughter Everly, though, who the couple have previously admitted loves the movie.

'She definitely is a Frozen fan at the moment', Jenna told People back in September. 'All we do is dance to Frozen and it's fun.'

'Lip Sync Battle' aired its first episode in April 2015 with Dwayne Johnson vs. Jimmy Fallon, after taking inspiration from the segment on 'The Tonight Show Starring Jimmy Fallon'. Subsequent episodes featured the likes of Iggy Azalea, Justin Bieber, Mike Tyson, Anna Kendrick and Common, not to mention the 2015 Christmas Special with Joseph Gordon-Levitt vs. Anthony Mackie.

The episode will air on January 7th 2016. Meanwhile, a UK version of the show will air the following day hosted by Mel B and Professor Green.