The 37 year old star was interviewed at the premiere of his new heist thriller 'Lucky Logan'.

Channing Tatum has been hot Hollywood property for many years now, but apparently all of that means nothing to the star’s four year old daughter Everly, who is “not impressed” with his celebrity - at all.

The 37 year old actor was interviewed by Entertainment Tonight at the premiere of his new film Lucky Logan in Knoxville, Tennessee on Wednesday night (August 9th). The conversation turned to his young family, and how he parents his young daughter Everly, whom he and his wife Jenna welcomed in May 2013.

“I've never worked so hard to like, make a girl like me and fail,” Tatum remarked with a laugh. “I was like, 'Please, please, just please love me, please just love me!'” 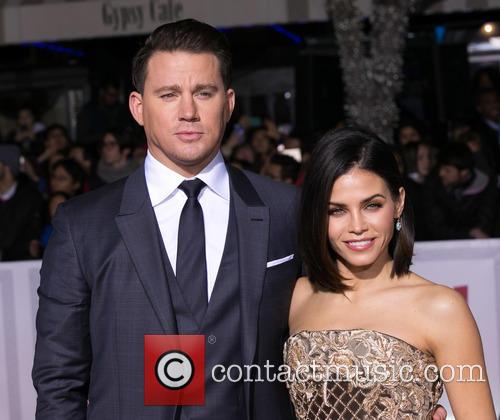 Channing Tatum with his wife Jenna in 2017

Despite the cool reception he gets at home compared to the huge status he enjoys in the outside world, there are some things he does that make his little one laugh.

“She likes it when I fall down and hurt myself! She's like, 'Haha, do it again!'” the actor shared. “She's my harshest critic, man, but it's the best. It's a really good humbling experience, I can promise you.”

Tatum is launching his new movie Lucky Logan, which gets a wide cinematic release in the States next Friday (August 18th). An ensemble cast starring Adam Driver, Katie Holmes and Daniel Craig and directed by Steven Soderbergh, the star admitted that his wife hadn’t yet seen the film as she’s been so busy.

“She actually hasn't seen this movie yet,” he explained. “She's got a little bit on her plate right now. We can't be mad at her for not seeing everything that I do.”

Jenna Dewan-Tatum hosts the TV dance competition ‘World of Dance’, is the star of CBS’ ‘Supergirl’ and enjoys a consistent modelling career, so her star is rising. Of his wife, 36, Channing Tatum says he can’t wait for the world to really see what she’s made of.

“People haven't seen what she can really do because she's so beautiful and sort of small and elegant but there's a beast inside there and no one knows,” he remarked. “Sooner or later, people are gonna get to see it.”