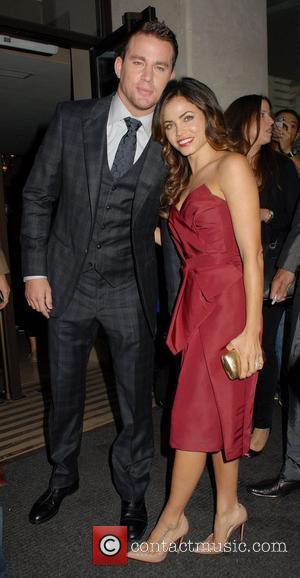 Channing Tatum wants to star in the big screen adaptation of raunchy bestseller Fifty Shades Of Grey - but only if his wife Jenna Dewan is cast as his leading lady.
The actor has sent female moviegoers into a frenzy playing a stripper in Magic Mike, and now he is eyeing another saucy part playing business magnate Christian Grey in the upcoming movie version of E.L. James' erotic novel.
However, Tatum admits Dewan would only let him accept the role if she can play the book's heroine Anastasia Steele.
When asked whether he would be open to playing Christian, he tells Britain's Glamour Magazine, "Yes... (But) I'd only be allowed if my wife was Ana. She's read the books so I don't think she'd be impressed if she couldn't be Ana!"