The show has entertaining UK audiences for seven regular series' and one celebrity series to-date.

'First Dates' made its debut Stateside earlier this week, when the Ellen DeGeneres executive-produced American version of the show brought some of the most awkward and heartwarming dates to viewers. In the UK however, we've enjoyed seven regular series' (and one celebrity!) of the show. But what have been some of the best moments? Here are our Top 10...

Ellen DeGeneres serves as executive producer on 'First Dates US'

After a year living in the remote highlands of Scotland, the remaining cast members of experimental Channel 4 reality show ‘Eden’ have returned to civilisation – only to realise that nobody had been watching!

This time last year, 23 contestants were placed in the wilderness of Scotland and essentially left to fend for themselves in what was verging on a sociology experiment, to see what kind of society would be created, with the results being shown in monthly episodes.

However, fractious infighting occurred and discipline broke down, with some contestants being smuggled junk food and alcohol by relatives and a total of 13 people quitting the show over 12 months.

Continue reading: 'Eden' Reality Show Contestants Spend A Year In The Wilderness - But Nobody Was Watching

By Michael West in Lifestyle / Showbiz on 12 February 2015

Cathy Newman is taking a break from Twitter after receiving a string of abusive messages.

The Channel 4 journalist Cathy Newman says she is taking a break from Twitter after apologizing for causing "a great deal of offense" after seemingly erroneously claiming she was ushered out of a south London mosque. 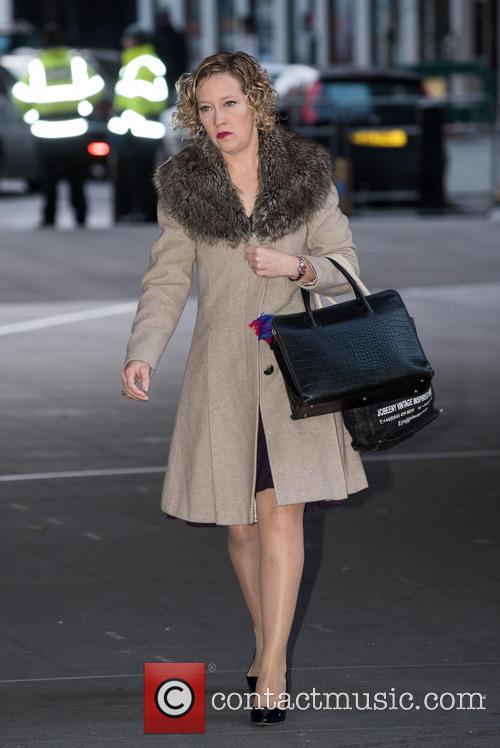 Cathy Newman has apologized for causing "a great deal of offense"

Newman sparked controversy after tweeting that she was "ushered out of" the South London Islamic Centre in Streatham after trying to visit during Visit My Mosque day. However, CCTV footage obtained by the Huffington Post appeared to confirm that Newman left of her will.

David Abraham didn't hold back in his MacTaggart speech.

Sky has hit back at Channel 4's chief executive David Abraham over what the company perceives to be "glaring inconsistency" in his views on retransmission fees. In his speech at the Edinburgh International Television Festival, Abraham accused Sky of being "dishonest" and said the firm should pay to transmit the five terrestrial channels - for fees that would reach £200 million a year.

Steph and Dom on Gogglebox. The production company behind the show was recently told to the US

Abraham said on Friday: "The argument that has been played out that we are looking for subsidy and regulatory defence, is a dishonest one. The fact is the current regime is a piece of government intervention which benefits the pay platforms, it allows pay-TV platforms to take free-to-air channels for free.

Channel 4 has scored a potentially important deal with Xbox for 'Humans'.

Channel 4 has struck a deal with Microsoft's Xbox to remake the Swedish sci-fi drama Real Humans, marking the first time a games console maker has partnered with a UK broadcaster to fund a major series.

The deal will see Channel 4 air the drama exclusively in the UK in 2015 at the time as Microsoft makes the show available to Xbox owners in North America.

Is 'Mammon' The New The Killing, Borgen Or The Bridge?

Can Mammon follow where The Killing, Borgen and The Bridge led?

With The Killing, Borgen and The Bridge, British television’s been looking and sounding a little Scandinavian as of late, this seems unlikely to change as our new TV obsession could be Mammon. This Nordic six part drama could be the next big Scandinavian export that we just can't do without. Can 'Mammon' Match The Killing?

Mammon follows journalist Peter Veras who's trying to investigate a high up financial scandal, that might just end up being very close to home. Its all done in classic Norwegian noir style, which means it’s dark and very, very complicated. Also before you try to look it up, ‘mammon’ means greed, particularly with money, but its not a Norwegian word, it actually comes from the New Testmanet, so there. The worlds of journalism, finance and politics will all be delved into as a typically tricky plot is woven over the course of six episodes. If you enjoyed the crime drama of its Scandinavian predecessors this one just be right up your street, if you didn't you might just be even more baffled at the Scandi TV invasion. It is worth bearing in mind though, this one is Norwegian and they haven’t had much luck on the original drama front before. Mammon might just change their fortunes though, as the word is that it's already been recommissioned for a second season, meaning expectations are high, especially abroad.

Continue reading: Is 'Mammon' The New The Killing, Borgen Or The Bridge?

Should 'Benefits Street' Be Renewed For Second Series?

As Channel 4 decides to renew their controversial show, Benefits Street, we take a look at the series so far and question whether a second series is a good idea.

Channel 4’s hit show, Benefits Street, has certainly ruffled a few feathers since it first aired on 6th January, 2014. Undeterred by the controversy, which has included a change.org petition to ban the show signed by almost 60,000 people, Channel 4 has announced plans to commission a second series.  However, Love Productions, the production company behind the program, have appealed for a new location and the second series of Benefits Street won’t be taking place in Birmingham.

The first series, which followed the residents of the apparently notorious James Turner Street in Birmingham, has come under fire for its black and white presentation of those living on benefits.  Among the inhabitants of the street who have been portrayed in the show are a pair of young, unemployed parents, a drug addict and an alcoholic.  Channel 4’s narrowly focused presentation of those receiving benefits has caused an outcry that this is an inaccurate depiction of what life on benefits is really like for the majority of people who receive them.

Those who have appeared on the show have been labelled lazy, and have since become victims of bullying and death threats.  While the program purports to comment and raise issues regarding the welfare system focalised by those currently affected, critics have argued that instead those who have appeared have been been demonised for the viewing consumption of the general public and to the delight of the right wing.

Continue reading: Should 'Benefits Street' Be Renewed For Second Series?

Despite some compelling themes, Babylon seems to have missed its mark.

Danny Boyles name is enough to get people up and interested in a new project, so when his new TV series, Babylon – on Channel 4 – was announced, attention was fixed firmly on the police comedy-drama. But has he managed to make the grade with the critics?

The show centres on the concept of spin within the police force as one of the UK’s most controversial institutions tries to cover up – or at least spin – some pretty bad press. Bringing in Instagram’s PR maestro is the Metropolitan Police’s way of changing their public façade.

Nick Clegg had an interesting caller when he appeared on his weekly LBC radio phone-in show today (Jan 22). The Liberal Democrat leader and Deputy Prime Minister received a call from none other than ‘White Dee’ one of the most prominent stars of Channel 4’s Benefits Street.

Deidre Kelly, who is better known to viewers under the pseudonym ‘White Dee’ - due to the ‘Black Dee’s' presence on the street - told the Deputy PM that she had been a Liberal Democrat voter but had switched to Labour since the coalition. She offered Clegg the chance to reclaim her vote, telling him, “you can attempt to win me back.” (BBC)

Change.org petition wants 'Benefits Street' to be cancelled while Katie Hopkins has something to say about the residents.

'Benefits Street' continues to cause further debate as one online petition calls for its cancellation, while others feel no sympathy towards those involved.

Channel 4's Benefits Street has caused quite the stir

Channel 4 and Ofcom were met with hundreds of complaints after the show, which documented the lives of various residents of James Turner Street in Birmingham who were receiving state hand-outs. It featured people drinking and smoking excessively, with two people even being filmed during their shoplifting exploits. Now a petition on Change.org has called for the following four shows to be axed insisting the show 'has portrayed people on benefits as scroungers and it's wrong', and suggesting that Channel 4 should make a donation to a relevant charity for 'the harm caused'. 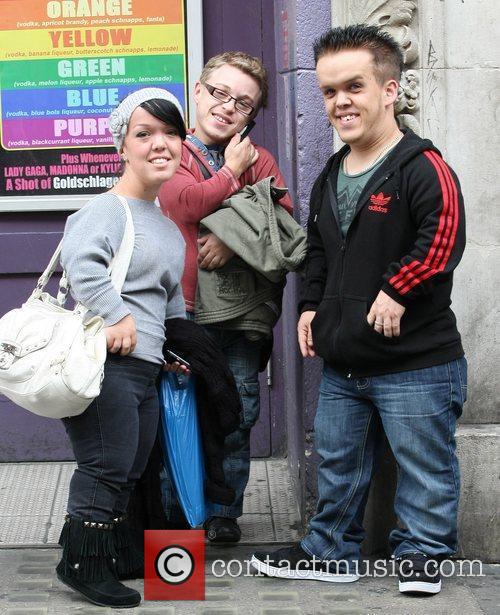 Is 'Mammon' The New The Killing, Borgen or The Bridge?

Should 'Benefits Street' Be Renewed For Second Series?

Would You Buy a House on Benefits Street?

The Most Ridiculous Dogs from Channel 4's 'Doggy Styling'

ITV To Purchase 'Seven Dwarves' Company The Garden For £18 Million

Is 'My Mad Fat Diary' The New Inbetweeners?

£2 Million For 24 Minutes: The Painstaking Creation Of Snowman And The Snowdog