Chandler Riggs' 'Walking Dead' character Carl Grimes was written out of the show during season 8.

Chandler Riggs isn't the only shocking recent exit from 'The Walking Dead'. The actor has now been joined by series original and lead Andrew Lincoln, who's currently working on his final batch of episodes for the zombie apocalyptic show in the role of Rick Grimes. 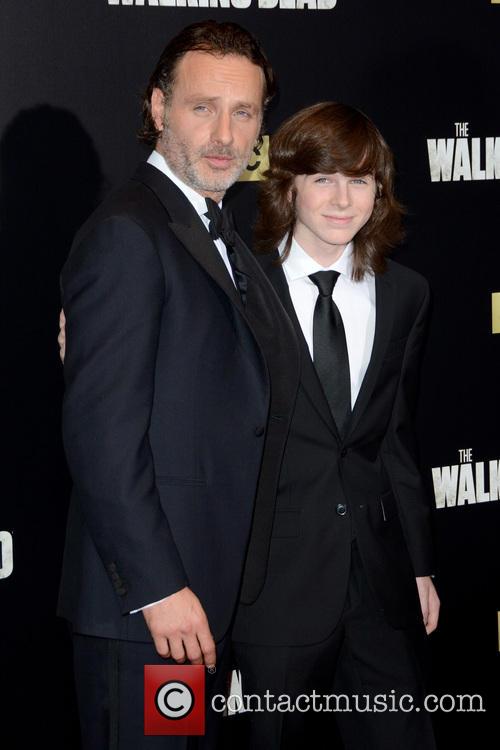 Andrew Lincoln and Chandler Riggs of 'The Walking Dead'

Reports surfaced a little earlier this year about Lincoln's decision to exit the franchise, and whilst we have no idea just how he'll be saying goodbye to a series that has been his home for eight seasons to-date, we do know that Lincoln's time will be up around halfway through season 9.

The actor says he loves everyone in the cast and crew despite being forced out of the show.

AMC's 'The Walking Dead', based on the comic book series of the same name by Robert Kirkman, is never afraid to throw a curveball in the face of those watching at home. That become as apparent as ever before in season 8's midseason finale last year, when Carl Grimes (Chandler Riggs) was revealed to have been bitten by a zombie on the abdomen, signalling his time on the show was coming to an end. 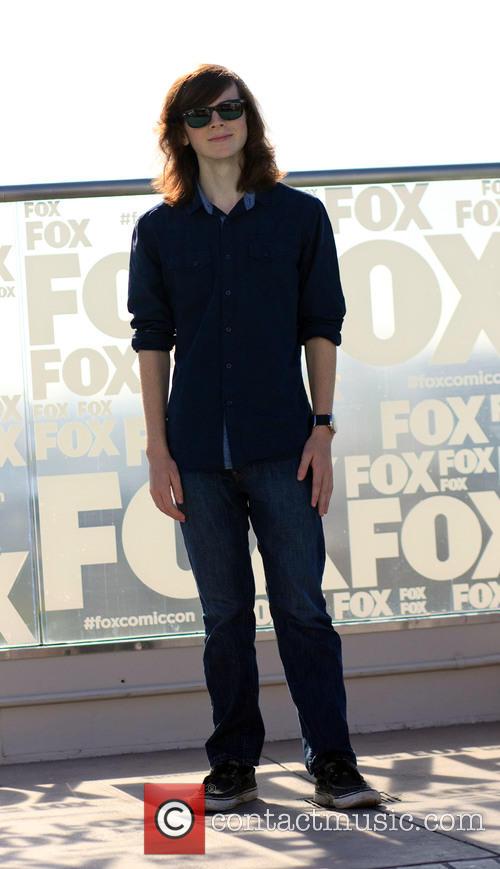 Some fans rebelled against the decision, made by current but outgoing showrunner Scott Gimple, setting up online petitions demanding he be fired from the AMC production. Of course, the company didn't make any of their decisions based on the feedback from a vocal minority, but it will be interesting to see how much the show changes when he exits his showrunner role and hands over the reins to Angela Kang.

The episode worked to set up the season, but lacked something in the story department.

Can you hear that? It’s the sound of all the best shows coming back on TV! Also probably zombies, since The Walking Dead returned to AMC last night. The episode was mostly focused on Rick, Carl and Michonne, who, by the way, are now reunited in one mini-team. Insert obligatory spoiler warning here.

The “team” part didn’t really apply though, since Carl was faced with the decision of killing his maybe-infected father, or possibly becoming his first meal. And while we’ve seen him tough it out and actually shoot another parent in the head, he broke down and just couldn’t do it to Rick. So we know who Carl’s favorite parent is. Beyond that, he spent most of the episode crying and/or almost getting killed, but we’ll let that one slide, since he is just a teenager. Going through puberty and a zombie apocalypse at the same time must be tough.

Last season we saw Carl handle the situation better than most, but it's finally getting to him in this episode.

How would you have reacted?

The Walking Dead is back this Sunday, so we’ll be able to see Rick Grimes stab zombies in the head with a shiv once more while his son walks about, looking moody, constantly trying to prove himself.

To celebrate this (market this), AMC have put some zombies under a subway grate to scare the bejeezus out of unsuspecting New Yorkers. Manhattan's Union Square was infested with zombie extras, reaching out to grab the ankles of commuters, tourists, homeless people and joggers.