As if it wasn’t already amazing enough that Chance the Rapper is one of the hottest young musical properties in the world, he’s now seemingly exploring a sideline in modelling, showing off a small range of clothes in tribute to Barack Obama titled ‘#ThankUObama’.

The Chicago-born rapper announced the art project-meets-clothing line on Twitter on Thursday evening (February 2nd), with a link to ThankUObama.Us, along with a selection of photos of him sporting items form the range. Each item is inspired by Obama, either boasting his image or something related to him.

One maroon T-shirt reads ‘Malia’ – the 44th president’s eldest daughter – while another sees his face topped with a crown, imitating the iconic Notorious B.I.G. image. 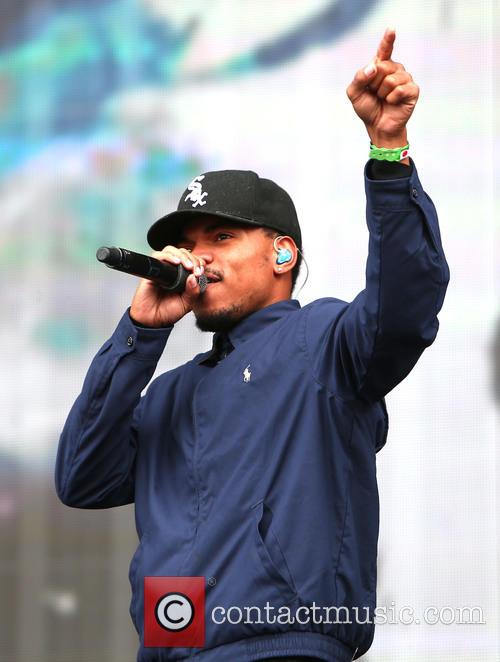 One black-and-pink graffiti’d white T-shirt sees the designer, fellow Chicagoan Joe Freshgoods, pay tribute to Barack and his wife Michelle. Freshgoods explained the inspiration behind the collection on the official website.

“With this project I wanted to timestamp a period in my life where I felt like I can do whatever I wanted to do and be whatever I wanted to be,” reads the project's description. “The night Obama won his first term gave me so much hope, especially & most importantly as a black man. I decided to make a collection saying 'thank you' and give me something to smile at every now and then when I look in the closet.”

Fans were at first put off by a statement across the bottom of the site stating: “Do not wear. This is art...,” which suggests that it may just be an art project, not an actual clothing line, despite being able to put items in a cart.

Initially, fans started tweeting their displeasure about not being able to check out and purchase their selected items, Chance soon after tweeted, “The site crashed but we back up,” seemingly confirming the site as a fully functioning commercial operation after all.

Chance The Rapper was a prominent supporter of the Obama administration, attending the outgoing president’s farewell party in January.

Levi's team up with Snapchat for wardrobe for Bitmoji avatars

Chance the Rapper's dad didn't approve of his rap career