Chance the Rapper has led a massive crowd of people to an early voting site late on Monday night, following a huge free concert he put on in Chicago’s Grant Park ahead of the presidential election.

The 23 year old native of the city, who has come out in support of Hillary Clinton, announced the free gig dubbed ‘Parade to the Polls’ last week, and has insisted that despite his allegiances that the event was completely non-partisan.

The Chicago Tribune reported that the prodigious talent told the crowd: “I’m here to make sure you all stay woke and vote.” 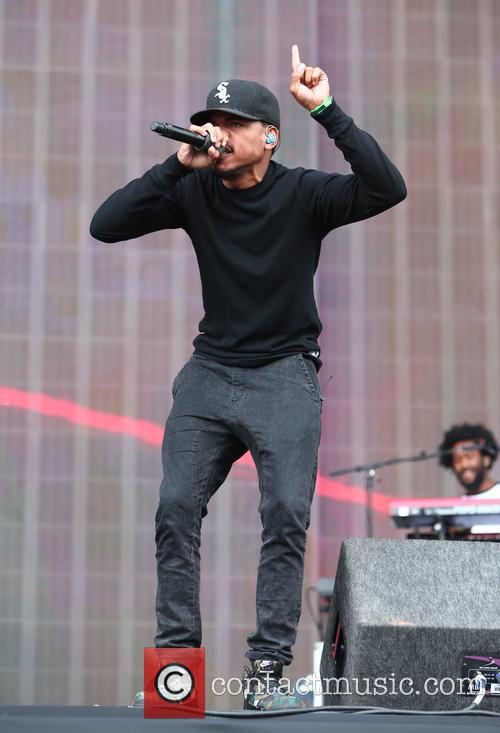 Chance The Rapper performing live in 2015

Real name Chancellor Johnathan Bennett, he played a pre-election on Monday afternoon (November 7th) hosted by Virgin Hotels and his non-profit organisation SocialWorks at the Petrillo Music Shell in Grant Park. Originally, the event was supposed to take place as a rooftop party at the aforementioned Virgin Hotels in the city, but it was moved due to “capacity concerns”.

After that had finished, he led a huge crowd that reportedly numbered into the “thousands”, according to a tweet Chance sent later in the evening, whereupon Cook County officials declared it a record-breaking number for early voting.

Come wit me I ain't voted yet either #paradetothepolls pic.twitter.com/RhqyiGOgp9

The rapper, who released his newest mixtape Coloring Book in May this year and established a record for becoming the first artist in Billboard history to score a Top Ten album by streaming alone, was seen in Cleveland, Ohio on Friday alongside Beyonce and Jay Z as they performed at a rally for Demoractic candidate Clinton.

He was also among the celebrity attendees at the White House at Barack Obama’s final state dinner as president last month. Chance went with his father, an adviser to Chicago Mayor Rahm Emanuel who worked for Obama back when he was a senator.