Brothers Michael and David Champion are certainly right on target to satisfy their namesake as their new band Champs receives praise all round ahead of the release of their debut album.

Champs formed on the Isle Of Wight when the brothers decided to team up after previously being in separate bands. It was a pairing destined to happen with the two having played music together as youngsters, even getting guitar lessons from the same teacher, and of course having the same musical influences such as R.E.M, Bob Dylan, Neil Young and, later, The Beatles and Nirvana. It became a serious project when BBC Radio 2's Dermot O'Leary got wind of their demo track 'St Peters' and invited them on to his show for a session; a circumstance that prompted the recording of their debut album 'Down Like Gold' and their subsequent signing to Play It Again Sam (PIAS) records. 'Quite a lot of the songs are about girls', David Champion told us in an interview, and described the record as 'melancholy' and 'acoustic'. They certainly weren't short of inspiration either as they got the chance to record the whole thing at none other than Osborne House, Queen Victoria's holiday home, in an old water tower called Studio Humbug. '[It] was flippin' super cool!' Says David. To make things even better, PIAS have let the boys have 'total creative control' which has left them brimming with pride about their latest accomplishment.

David reveals that his favourite track to play live from the record is their upbeat, retro single 'Savannah'. 'It's really energetic and it's quite euphoric', he muses. Well, it's certainly put us in a good mood! He agrees with Dermot's favourite, the captivating tones of 'St Peters', as his best track to listen to all the way through however: 'I must have heard that song a thousand times now and I'm still not bored of it.'

Radio 2 interest wasn't the exciting thing to happen to the duo in recent times either; 'Savannah' became Amazon Radio's 'Record of the Week' and the Guardian even gave them a nod as the 'New Band of the Day'. 'It's brilliant to be acknowledged by the Guardian particularly because I've always read that newspaper and I've always loved it', David explains. They also had a lot of fun playing alongside Alt-J in Brussels in 2012 - an experience David can only describe as 'flippin' rad, actually'. It's a wonderful thing to see a band from such a musically isolated area in the world, where there's plenty of bands but no venues, becoming such a sensation overnight.

Listen to 'Savannah' by Champs here:

So, what's next for Champs? Well, they'll be hitting the road in February 2014 for a few dates around the UK (their first nationwide tour, so to speak) supporting The Jezabels and we're hoping that'll lead to a headline tour sometime next year. There's nearly three months to wait for 'Down Like Gold' which is set to be released on February 24th, but they've already prepared album two which we hopefully won't have to wait too long for.

Single 'Savannah' will be available just in time for Christmas on December 23rd 2013. 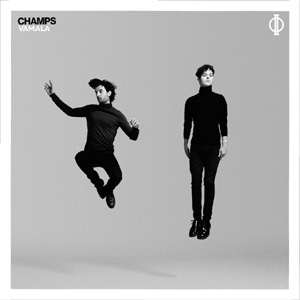 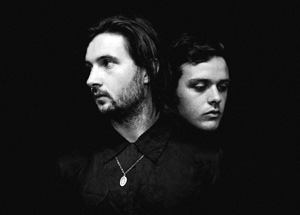