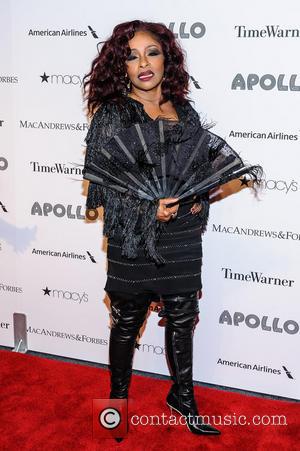 Soul icon Chaka Khan has reached out to troubled actress Lindsay Lohan to commend the young star on her recent rehab stint.

The Mean Girls star left the Cliffside Malibu Rehab Center in California last week (30Jul13) after completing a court-ordered 90-day program in lieu of jail time after pleading no contest to charges relating to a car crash last summer (12).

The actress will now continue her treatment with three therapy meetings a week, and the I'm Every Woman hitmaker, who has struggled with alcoholism in the past, has praised Lohan for her new-found sobriety.

In a post on her website she writes, "To choose to do what is necessary to better one's self is commendable. I applaud Lindsay Lohan for doing the work. She is a lovely young lady and I pray for her well-being."

Khan goes on to suggest she was also in rehab recently to combat a dependence on prescription medication, adding, "The battle of addiction is a serious and long process, which is why I chose to address my use of prescription medications - which came about as a result of the knee surgery I had a few years ago.

"When and if necessary, I will seek alternative methods and traditional treatment to stay ahead of any potential problem. So many are not here today, and have lost this battle with addiction. Because these medications are legal, their abuse is often unknown-until it's too late. If not handled they are a silent killer."

Clearly touched by the message of support, Lohan took to her Twitter.com page to write, "(Chaka Khan) sending you love and hugs!" to which the singer replied, "Ain't Nobody" gonna tear (our) love apart... I love you more sweetie!"