Chaka Khan: 'Clive Davis Should Have Cancelled His Party After Houston's Death' 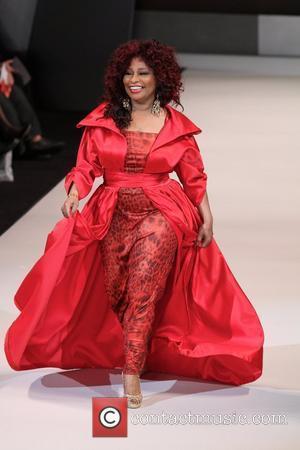 Chaka Khan has criticised music mogul Clive Davis for staging his annual pre-Grammys party four floors below the hotel suite where his friend and guest of honour Whitney Houston died on Saturday (11Feb12).
Houston passed away at the Beverly Hilton in Los Angeles as she was preparing for the star-studded bash and police were still investigating the scene on the fourth floor while Davis and his guests arrived at the party, which became a sombre tribute to the late superstar.
Khan, who had flown to L.A. from Miami, Florida for the industry bash, was among those who stayed away because she couldn't stand the idea of attending a party in the same hotel where her friend had died, and she feels Davis should have called the whole thing off.
Appearing on CNN show Piers Morgan Tonight on Monday (13Feb12), she said, "I thought that was complete insanity. Knowing Whitney, I don't believe she would have said, 'The show must go on'. She was the kind of woman that would have said, 'Stop everything... I'm not gonna be there.'
"I don't know what could motivate a person to have a party in a building where the person whose life he had influenced so enormously (had died)... I don't understand how that party went on.
"It would have been alright if it really was a true tribute... Call everybody together, let's say a prayer and eat dinner and go home."
Khan also can't believe the party was so well attended: "I couldn't get dressed up. I was supposed to go to the party. I just got off a plane from Miami... and as soon as I hit the tarmac I found out (Houston had died)... and I couldn't put on make-up, I couldn't get dressed... I was paralyzed."