Reviews Round-Up: Critics Fall For The James Brown Biopic 'Get On Up'

The story of American funk, soul and dance legend James Brown is set to be portrayed on the big screen Brown’s music is some of the most influential in the pop era. 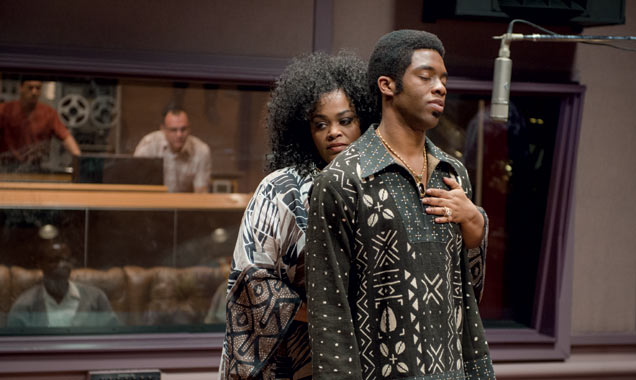 So many of his own and his band’s guitar licks, vocal tics and drum breaks have been sampled by hip-hop artists over the last thirty years that to do so now seems like a cliché. So it seems incredible that nobody has ever made a film about him until now. Chadwick Boseman plays James Brown as Get On Up depicts the tough early childhood, imprisonment for armed robbery and subsequent rise to fame of one of the twentieth century’s most enduring musical icons. Boseman is joined on the cast list by Octavia Spencer, Viola Davis and Dan Aykroyd.

So far, the film has received a great deal of compliments. Owen Gleiberman of BBC Worldwide is one of the most generous, saying Get On Up “conducts the crackling electricity of Brown's music with a heat and swagger and verve that rivals the achievement of what Taylor Hackford's Ray brought off 10 years ago.” Peter Travers of Rolling Stone singles out Boseman for particular praise, that he plays the Godfather of Soul “like a man possessed”, while Jen Chaney of the Washington Post praises the musical scenes, correctly pointing out that so much of the success of movie biopics of pop musicians centers around them.

While Get On Up has received pretty solid reviews thus far, but some have criticised the non-linear narrative for lessening the impact of the film’s story as a whole. Kenneth Turan of the Los Angeles Times thought that, even at 138 minutes, it was “disjointed” and suffered “from having a more ambitious plan than it's got the ability to execute”. Rafer Guzman of Newsday is possibly the most critical of all the detractors, saying “Get On Up turns Brown's life into an even bigger mess.”

Get On Up is in cinemas 1st August.

Watch the trailer for Get On Up here