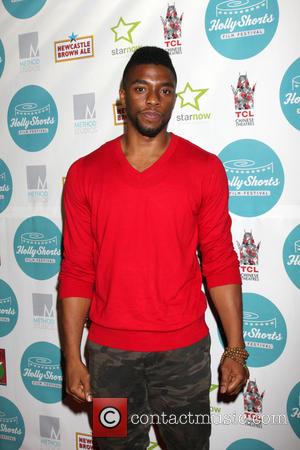 Actor Chadwick Boseman is wowing Mick Jagger with his performance as James Brown in the veteran rocker's new film project.

The Rolling Stones frontman serves as a producer on Get On Up and he cast the 42 star to play the music icon, despite Boseman's lack of experience as a singer and dancer.

According to Jagger, the actor has been able to tackle the difficult dance moves and his singing skills have left Jagger and director Tate Taylor impressed.

Jagger says, "James Brown was a fluid, supper aggressive mover, so for Chad to learn and do that is quite an achievement."

Taylor adds, "Sometimes I forget to yell cut, because I forget I am directing a movie. I'm mesmerised by him, all of us are. It's like that every single day."