The pair performed 'Rockstar' at a Nickelback gig in LA.

You might not like Nickelback's music, or Avril Lavigne's for that matter, but you still can't deny that her appearance with her ex-husband on stage in Los Angeles at the weekend was nothing short of adorable. We love it when ex-couples can remain good friends. 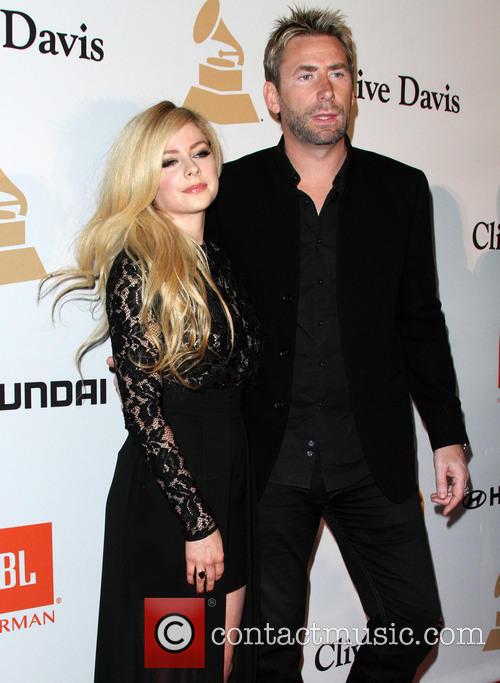 Chad Kroeger and Avril Lavigne at the Clive Davis 2016 Gala

It's been two years since 32-year-old Avril and 42-year-old Chad separated after just two years of marriage, but their situation is clearly still amicable judging by the fact that the band invited her on stage with them for a rendition of 'Rockstar' at the Greek Theatre in LA.

Plus, it's great to see Avril back on stage again having also spent the last couple of years struggling with Lyme disease; a bacterial infection spread by ticks that can cause painful swelling, joint pain, fatigue and other symptoms for many months after treatment is first applied, and years in some cases.

This was her first performance in three years, and Nickelback even gave her the lyrics to read (though who doesn't know 'Rockstar' off by heart?). It helped that she actually loves the song too, and it certainly gave her a boost being back on stage again.

'It's been forever. I love it. This is awesome', she told Kroeger, who had earlier given her a little encouragement by telling her, 'Work it, girl! You gotta work, b***h!' after guitarist Ryan Peake joked at her to 'work the stage' if she was feeling 'comfortable' (she looked more than comfortable).

More: Watch the video for 'Let Me Go'

It's not the first time she's collaborated with her former husband professionally either; in 2013 he featured on her song 'Let Me Go' from her self-titled fifth studio album. They co-wrote the power ballad alongside David Hodges of Evanescence, who also co-produced it. Rumour has it that the lyrics actually changed a little when Chad and Avril started to get closer.