Watch Celine Dion Give An Epic Rendition Of Adele's 'Hello'

Dion covered the hit at her New Year’s Eve show in Las Vegas.

Celine Dion rang in the New Year in Las Vegas, by treating her fans to a cover of Adele’s smash-hit ‘Hello’. Dion gave a chilling rendition of the Adele hit during her sold-out show, receiving rapturous applause from the audience and resulting in a must-see video. 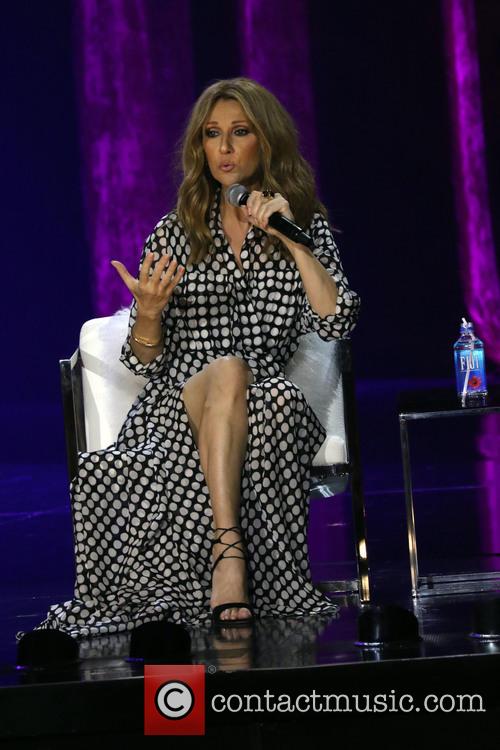 Introducing the song Dion said, "Tonight, if I may, I would like Adele to be part of our New Year’s Eve. Don’t panic, she’s not in the building,” The singer then joked that her microphone wasn’t working, tapping it and saying ‘Adele? Hello?’ before adding that the cover was ‘just for fun’.

More: Celine Dion Opens Up About Her Husband's Cancer Battle And Her Return To The Live Stage

The song has previously been covered by artists including Demi Lovato and Joe Jonas and even The Muppets’ Miss Piggy and Kermit the Frog, who appeared in a parody video which aired during the 2015 American Music Awards.

Dion was making her return to the Vegas stage after taking time off during the Christmas holidays to spend time with her husband Rene Angelil, who is battling throat cancer. Dion previously took a year-long hiatus from her Las Vegas show to care for Rene, resuming her residency in August.

Speaking about her decision to return to Vegas, Dion told USA Today, "I didn't want to be here at first, I don't need it. Don't get me wrong. I love singing for people, but I have priorities. "But my biggest job is to tell my husband, we're fine. I'll take care of our kids.”

“You'll watch us from another spot. The reason we did not come back before was because I wasn't emotionally ready to come back," Dion added. "My husband and my family needed me. They still do.”