Celine Dion Wants Comeback Concerts To Be Spectacular For Her Husband

Celine Dion Is Determined To Make Sure Her Las Vegas Comeback Is Spectacular Because She Wants Her Ailing Husband To See Her At Her Best. 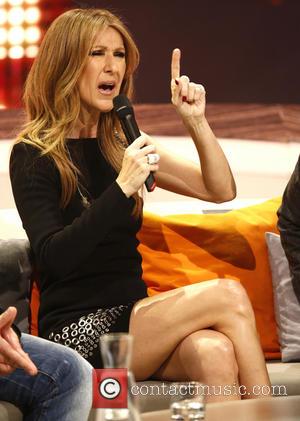 The singer took a leave of absence from her residency at Caesars Palace last year (14) to care for her husband and longtime manager Rene Angelil as he battled throat cancer, but now she's preparing to return to the stage in August (15), and she wants her man to be seated in the front row.

"The reason we did not come back before was because I wasn't emotionally ready to come back. My husband and my family needed me, they still do... He wants me strong. He wants to see me again because I'm his favourite singer. So, he wants me out there, and I have to say that I'm ready.

"His focus is still showbusiness. It's very touching for me because he wants me to have a good time. It's not selfish, it's like, 'I'm with you and I want you back. I want you strong. I want to see you perform again'."