Celine Dion insists her husabnd Rene Angélil is ''fighting hard'' to overcome throat cancer and is determined to live to the full every day. 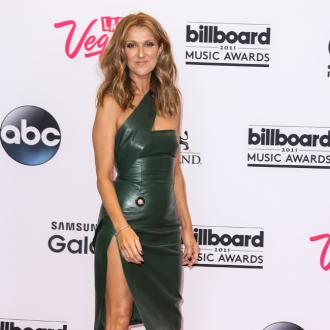 The 47-year-old singer's spouse has been battling throat cancer since December 2013, after developing it for a second time, and although his treatments have been tough and the journey has been emotionally taxing for the entire family she insists Rene, 73, is determined to all he can to get through it.

She said: ''Rene is fighting very hard, and he's a trooper ... He's fighting and he's working really hard ... We're not sleeping, we're working on the health, we see doctors, we have treatments. It's hard, the reality is hard, but we have the ticket to live today. We're not dead; we're living. Today, we're alive, and we're going for it.''

Celine admits she has been ''amazed'' by the strength Rene - who was first diagnosed with throat cancer in April 1998 but made a full recovery - has shown whilst dealing with his latest illness.

Speaking to the Las Vegas Sun website, the 'My Heart Will Go On' hitmaker' - who has 14-year-old son, Rene, and four-year-old fraternal twins Eddy and Nelson, with Rene - said: ''I'm amazed; I've always been because I married him. I know he could support and create a career for me, but as my husband and the father of my children, he's done so much more.''

Despite Rene's illness, Celine is determined to return to her residency at The Colosseum at Caesars Palace Las Vegas Hotel and Casino on August 27 because he wants to see her back on stage.

''I'm going to be ready for August 27. I can't wait ... It's going to be hard, it's going to be emotional because I know that the type of career and friendship I've had with the fans, if I may say, is beyond music. I think they will be there for me. When the curtain opens, I don't know how strong I will be that night.''