Superstar Singer Celine Dion Has Offered Her Sympathies To The Family Of Tragic Movie Composer James Horner, The Man Behind Her Signature Song My Heart Will Go On. 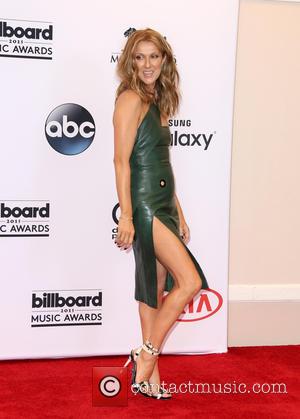 Picture: Celine Dion - Shots of the winners from the 2015 Billboard Music Awards in the press room after the ceremony which was held at the...

The movie maestro died in a plane crash in California on Monday (22Jun15) when the small aircraft he was piloting plummeted to the ground close to the city of Santa Barbara.

Dion has now expressed her grief over the loss of Horner, whose theme song from 1997 movie Titanic became the biggest hit of her career and won the pair an Oscar for Best Song as well as four Grammy Awards.

In a statement posted on her website, Dion declares, "(My husband) Rene and I are deeply saddened by the tragic death of James Horner. He will always remain a great composer in our hearts. James played an important part in my career. We will miss him. We offer his family and friends our deepest sympathy."