Celine Dion Is The Ultimate Performer Of The Last Decade 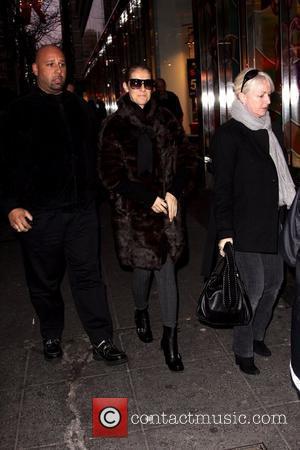 Celine Dion has emerged as the new century's top performer after beating Kenny Chesney and The Dave Matthews Band to the top of America's Ultimate Top 10 list.
Created by combining artists’ album sales revenue with their concert ticket sales, the top 10 is an annual list of money-spinning singers and rockers - and Dion's consistent success from 2000 to the end of 2009 have put her at the top of the new decade countdown.
The position is largely due to her five-year engagement at Caesars Palace in Las Vegas, where she performed her A New Day concert in front of sold-out audiences.
According to compilers Pollstar, Dion pulled in $522.2 million (GBP326.4 million) in concert ticket sales during the decade and added $225.7 million (GBP141 million) in album sales, taking her 10-year tally to $747.9 million (GBP467.4 million) - $5 million (GBP3.1 million) more than second-placed Chesney.
Dave Matthews Band finished third on the list, while The Beatles came in fourth and U2 rounded out the top five.
Also making the top 10 were Toby Keith, Bruce Springsteen, The Rolling Stones, Tim MCGraw and Britney Spears.