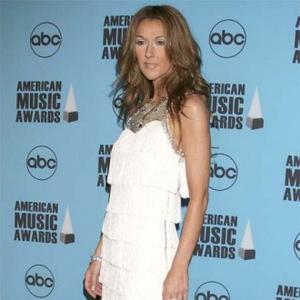 The 'My Heart Will Go On' hitmaker has described the singer - who was found dead in the bath in her Beverly Hilton Hotel room on Saturday afternoon (11.02.12) - as an "amazing inspiration" and compared her fate to other late stars such as Elvis Presley and Michael Jackson, both of whom had substance abuse issues, following their shock deaths.

In a phone interview with TV show 'Good Morning America', she said: "It's just really unfortunate that DRUGS, bad people, bad influences took over. It took over her dreams, her love and her motherhood.

The 43-year-old singer admits she is "scared" of the drug culture in showbusiness and is too afraid to attend celebrity parties as a result.

A number of stars have paid tribute to Whitney in the wake of her passing, including Dolly Parton - who wrote her biggest hit 'I Will Always Love You'.

Dolly has confessed she is "heartbroken" about Whitney's shock death at the age of 48.

She said: "Mine is only one of the millions of hearts broken over the death of Whitney Houston.

"I will always be grateful and in awe of the wonderful performance she did on my song. I can truly say from the bottom of my heart, Whitney, I will always love you."