Céline Dion: Now I mean what I sing

Celine Dion's husband is battling throat cancer and the star said ahead of her Las Vegas show last night (27.08.15) that her songs have taken on a whole new meaning for her. 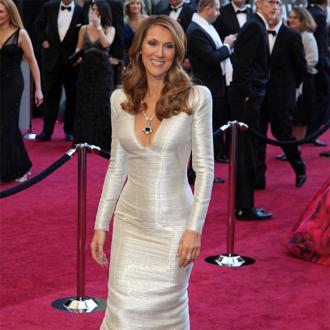 Celine Dion's songs have ''new meaning'' for her.

The 'My Heart Will Go On' singer has been supporting her husband Rene Angelil through his battle with throat cancer for over a year and the star announced at a press conference held before her Las Vegas show last night (27.15.15) that her perspective on her music has changed.

She said: ''The meaning of the songs have a new meaning now. I sung them, but now I mean it. To me they'll be different songs. To you, maybe not.''

The 47-year-old Canadian star - who married the music manager in 1994 and went to have three children - halted her shows last summer to care for Rene, 73.

She added:''I am scared of losing him, because it's bad. But I have to show myself, my husband and my kids that I'm strong and we're okay. I didn't want to be here at first, I don't need it. Don't get me wrong, I love singing for people, but I have priorities.

''My three children and my husband wanted me to be here tonight.''

Meanwhile René, 73, was previously diagnosed with throat cancer in 1999 and has since fought off the disease three times.

At the end of the conference Celine sent a personal message to her husband who she said was watching from their home in Las Vegas.